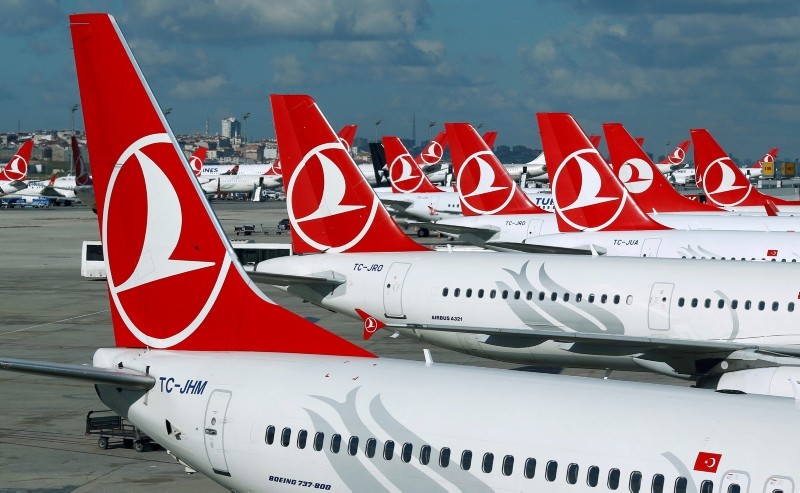 A passenger on board an Istanbul-bound Turkish Airlines flight was arrested Friday for causing the plane to be evacuated after joking about having explosives in his carry-on.

The passenger, identified as U.D. by the police, was travelling from Turkey's western Izmir province to Istanbul when he was asked to place his carry-on bag in the overhead bins by a flight attendant.

However, the man denied the request and said there was TNT, an explosive substance, inside the bag and he would not let it out of his sight.

The flight attendant quickly notified the pilot, who in turn alerted security forces. All 151 passengers on board the plane were quickly evacuated and the aircraft was searched with the help of bomb-sniffing dogs.

After the officials found no traces of explosives, the plane departed with a four-hour delay.

U.D. said in his statement to the police that he wanted to keep the bag by his side as he was a jeweler and was carrying valuables.

"I didn't think it would go this far. I just wanted to make a joke, that's all," he said.

U.D. is being charged with making false allegations about a crime and inducing panic.