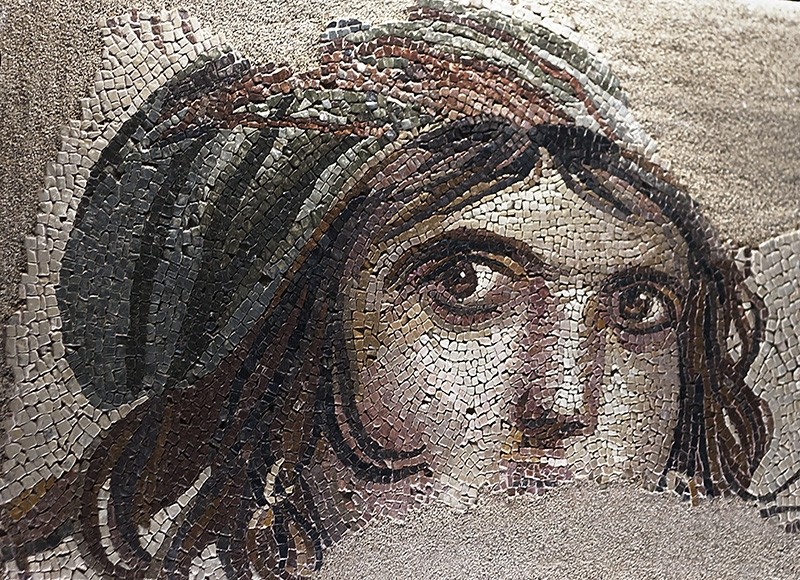 Culture and Tourism Minister Mehmet Nuri Ersoy said Monday that the 12 stolen pieces of the world-renowned Zeugma "Gypsy Girl" mosaic will be brought from the U.S. back to Turkey on Nov. 26, after yearslong efforts to achieve their return to their rightful owners.

The stolen pieces, currently on display in the Bowling Green State University in Ohio, will be brought to Turkey's southeastern Gaziantep where the mosaics originated.

"I am happy to share with you the knowledge that (the pieces) will be brought to the land they belong to," Ersoy announced at the at the Turkish Grand National Assembly (TBMM)'s Plan and Budget Commission.

The pieces were smuggled abroad during illegal excavations in the ruins of Zeugma in the 1960s and were purchased by the U.S. university in 1965 for $35,000 from art dealer Peter Marks.

Turkey has been trying to petitioning the university for their return since they were put on display in the Wolfe Center for the Arts in 2012.

Ersoy also commented on Turkey's overall archeological pursuits, stating that 578 archeological excavations and searches have been carried out in 2018.

Since 2003, the Ministry of Culture and Tourism has obtained 4,311 artifacts illegally exported from Turkey, currently tracking down another 55 pieces in 17 countries. Many artifacts uncovered in Turkey are displayed in various famous museums throughout the world even if they were illegally smuggled out of the country. Legal procedures to retrieve these artifacts take a long time. Most recently, Turkey retrieved the statue of Heracles from Switzerland.