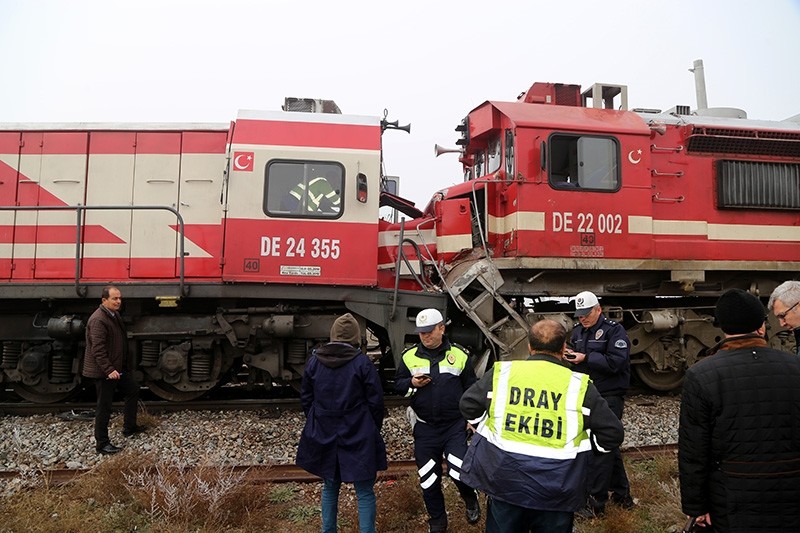 The cause of the accident was heavy fog, according to the initial findings. The engineers of the passenger train traveling from Divriği district to Sivas city center failed to see the red light and collided head-on with the freight train.

Both trains were traveling at a low speed when the crash took place near Bostankaya village in Ulaş district, minimizing damages.

Gendarmerie units as well as search and rescue teams have been sent to the area. The injured were taken to nearby hospitals.

Despite heavy investments to improve railways that have been neglected for decades, Turkey's railway safety record remains poor. In July, 24 people were killed and more than 120 people were injured in northwestern Tekirdağ province when a passenger train derailed after the earth filling under the tracks near a culvert was washed away by heavy rains.