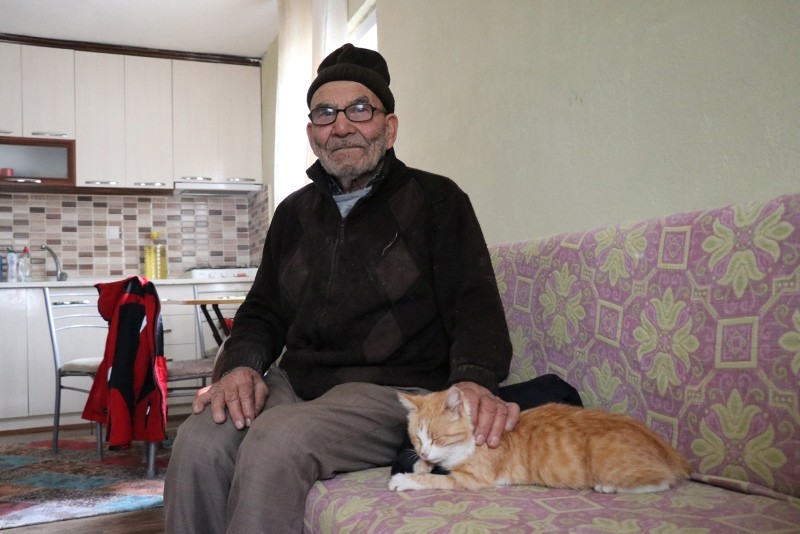 A senior Turkish man, who drew international attention after dramatic photos of him watching his house burn down while clutching onto his kitten surfaced, has started living in his rebuilt home in western Turkey's Bolu province.

83-year-old Ali Meşe lost his village house after it was destroyed by a fire he accidentally started.

Moved by the elderly man's predicament, a joint campaign to build Meşe a new home was launched by the Mudurnu Social Assistance and Solidarity Foundation, the Bolu Governorship, the Ministry of Family and Social Policies and the Turkish Red Crescent.

Speaking to reporters Tuesday, Meşe said he had moved in with his son for the winter but he also visited his new village home regularly to check up on his three cats.

His son, Ahmet Meşe, said his father was very happy to finally have a home in his village once again. 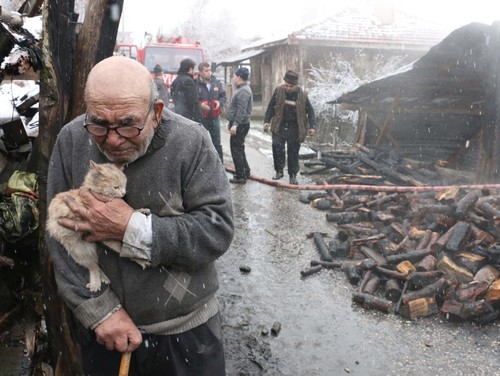 In January, Meşe's house in Ordular village was destroyed after he accidentally started a fire while trying to light his heating stove with gasoline. His efforts proved fruitless, leading to an explosion in the living room, after which the single-story wooden house burned to the ground.

Photographs of Meşe holding his orange tabby kitten Sarıkız (Blonde Girl) while helplessly watching his house go up in flames went viral on social media and his heart-breaking story gained interest around the world.