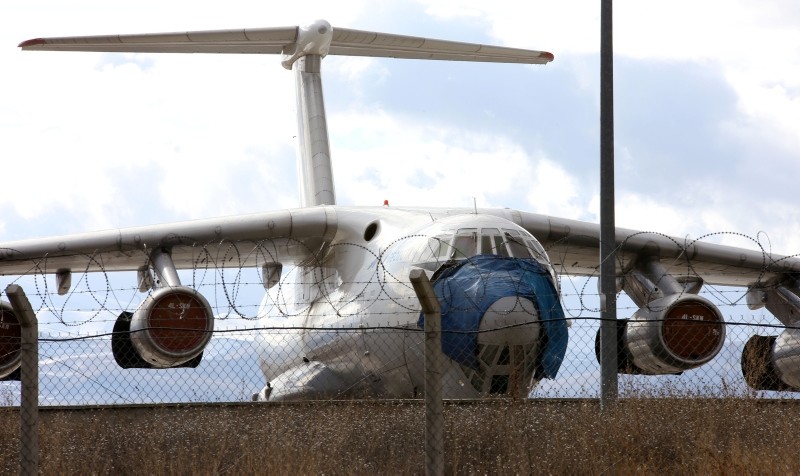 A Georgian cargo plane which landed at an airport in eastern Turkey more than seven years ago after delivering humanitarian aid to nearby earthquake victims has been sitting there ever since.

After delivering the aid, the flight deck of the parked Sky Georgia Il-76TD cargo plane was sliced through by the wing of a Kyrgyz plane which also landed at Erzurum Airport on Oct. 23, 2011, when an earthquake hit Turkey's Van province.

After the earthquake, the airport was used as a hub for distributing aid to the disaster victims.

For more than seven years, the plane has been at the airport waiting to be repaired and then sent back to Georgia.

But Georgian authorities have made no efforts to take it back due to problems with the insurance company, according to the correspondence with the country.

If it had not come for aid, the Sky Georgia Airlines plane would have faced daily charges of 2.5 euros per ton of its weight.