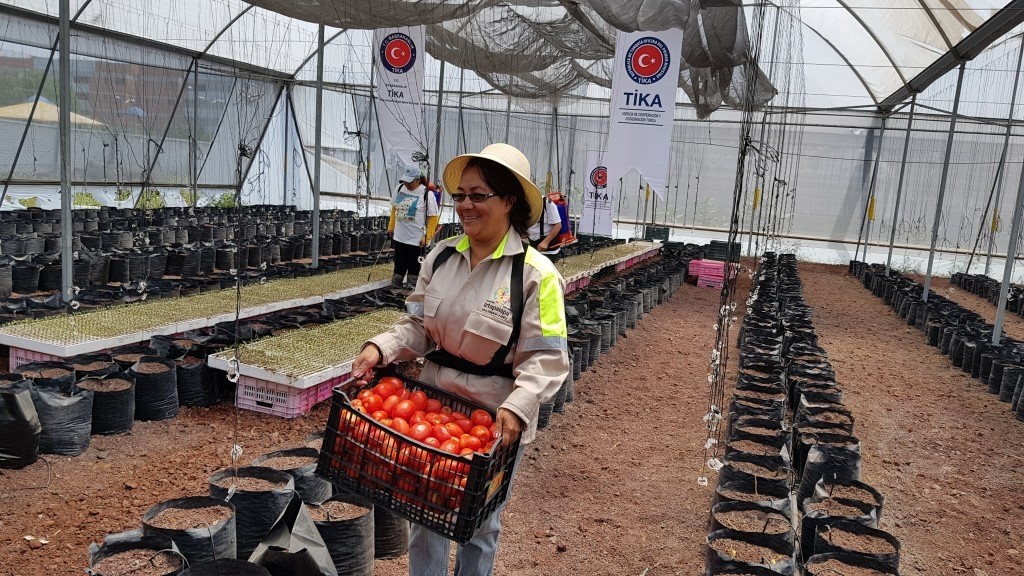 The state-run development agency, TİKA has carried out 172 projects in Latin American countries since it stepped up its efforts on the continent in 2008. From building schools to training women for jobs, the agency reaches out to every part of the region

The Turkish Cooperation and Coordination Agency (TİKA), the country's leading development aid institution, boasts a decade of increased outreach to Latin America, with 172 projects spanning from Venezuela to rural Colombia.

Two years after Turkey launched an action plan for the region to increase development aid, TİKA started leaving its mark in Latin American countries with a string of projects from schools to training women for employment.

The agency serves as one of the key players in Turkey's efforts to boost its ties with regional countries, offering both instant humanitarian aid and projects focusing on development in the long run, from education, health and agriculture to infrastructure.

A school in rural Colombia's Orejon is among the most important symbols of TİKA's efforts in the continent. Built at the heart of a region that was first to see the benefits of the 2016 peace deal between the Colombian government and guerrillas, the school offers education for children of disadvantaged families where access to education is difficult especially for remote villages without schools. TİKA also provided two small boats to El Charco La Tribuna School where students had to use primitive rafts to reach the school in the region where transportation is mostly by the river. In Chile, TİKA renovated a school built by Turkey in the 1960s.

The agency is also behind projects in health, including supplying medical equipment to hospitals in Colombia, Peru and Brazil. It supplied ambulances to Suriname, Bolivia and Guyana and provided equipment for a rehabilitation center for the disabled in Colombia in 2017. In Mexico's Baja California, TİKA set up a newborn intensive care unit at Tijuana State Hospital and started building a health center in Mexico's Oaxaca.

As for women, TİKA donated textile equipment for women in Colombia's Cucuta, to help them set up their own businesses and donated materials for a union helping female entrepreneurs. It also helps local women in Medellin engaged in poultry farming. In the country's Chaparral region, the agency donated stalls to farmers in marketplaces and agricultural equipment for indigenous people in Bolivia.