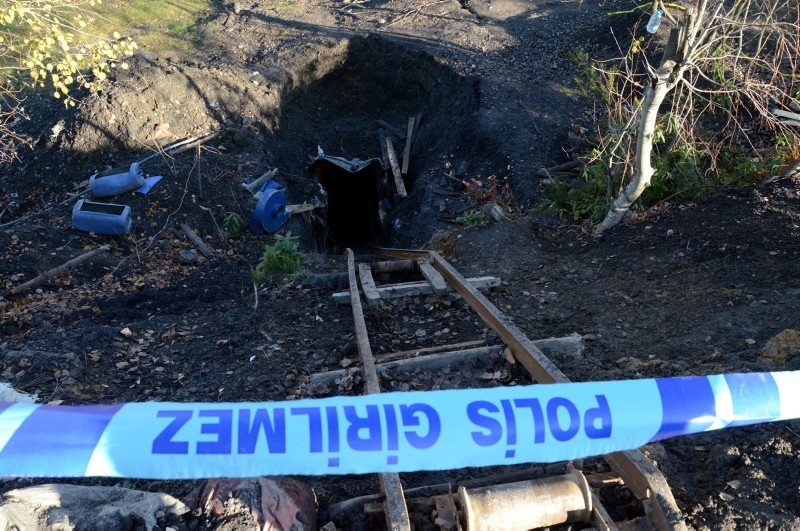 Reminding that three miners lost their lives after an unlicensed mine in Kilimli district collapsed on Nov. 21, Bektaş said that the government would ramp up efforts to create awareness about working in illegal mines, urging people not take up work in such unsafe places.

Speaking on the occasion of International Miners Day, Bektaş said 108 unauthorized mines were spotted by drones in Kilimli, 84 in the city enter and 30 in Kozlu district. The mine entrances were sealed by police and gendarme forces while officers checked the paperwork of all the quarries.

Underlining that employing workers in illegal mines was a crime, punishable between three and five years in prison, the governor said it also put workers' lives in tremendous danger.

"The safety of life of our citizens is a priority for our state, and that's why we make regulations."

Reiterating that the ministry, government and the state's discontent about workers' deaths in recent events, Bektaş said they could not be classified as 'accidents' as the proper safety and legal measures were not taken.

"Our government will continue to fight against illegal mining and unlicensed mines," he added.

Mining disasters were not uncommon in Turkey both in legal and illegal mines due to the lack of labor safety in the past.

However, the number considerably dropped after the government introduced tougher measures following the country's biggest mining disaster that killed 301 miners in the western Turkish town of Soma in 2014.