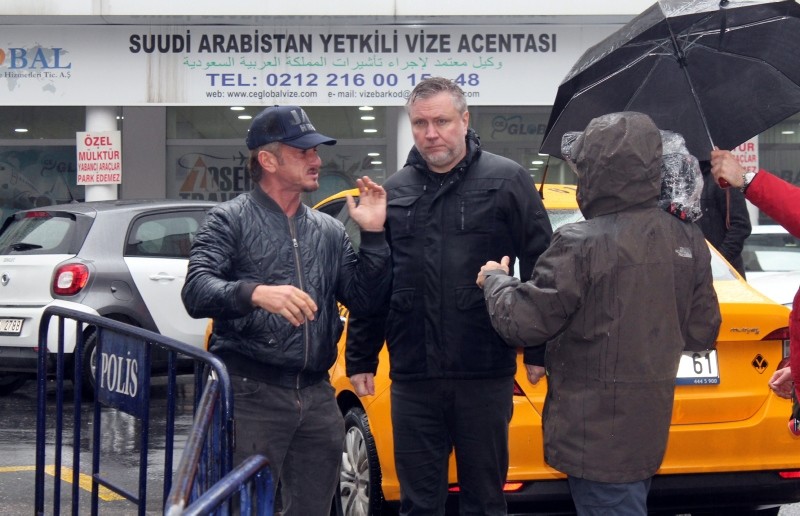 The Oscar-awarded actor, who is also known for his political and social activism, took footage in front of Saudi Arabia's consulate in Istanbul where Khashoggi was murdered.

The American actor will reportedly have meetings with Khashoggi's fiancée Hatice Cengiz and a few others who were close to the journalist.

Penn is also expected to meet with officials in Istanbul and Ankara. It is not known how long Penn will stay in Turkey for the documentary.

The two-time Oscar winning actor came to the consulate with a crew of around 10, including bodyguards, and shot in front of the consulate as well as the residence of the Saudi consul, who left Turkey after the killing. The politically active actor is reportedly continuing work in the region with his production team.

Jamal Khashoggi went missing after entering the Saudi Consulate in Istanbul on Oct. 2. After initially saying he had left the consulate alive, the Saudi administration admitted weeks later that he was killed there.

The killing of Khashoggi, a Washington Post columnist and a critic of Crown Prince Muhammad Bin Salman, at Riyadh's consulate in Istanbul, has strained Saudi Arabia's ties with the West and battered the prince's image abroad. Saudi Arabia has said the prince, the kingdom's de facto ruler, had no prior knowledge of the murder.

In addition to acting, Penn is also known for his activism, including his criticism of the George W. Bush and Trump administrations, his humanitarian work in the aftermath of Hurricane Katrina in 2005 and the 2010 Haiti earthquake.