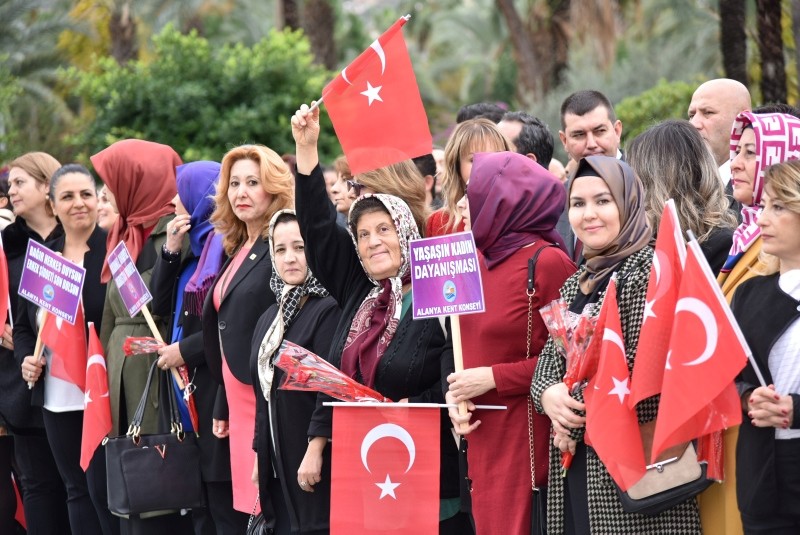 Turkish women Wednesday marked the 84th anniversary of suffrage, which is celebrated as Women's Rights Day.

Women in the country, who were among the first in Europe to be granted suffrage, were given the right to vote and stand for electoral office through a constitutional amendment in 1934, more than a decade after the foundation of the Republic.

Lawmakers in the Parliament also marked women's suffrage with speeches and press conferences.

Throughout Turkey, women's branches of political parties, women's associations and other institutions held events with the common theme of increasing women's role in politics and economy.

In the past decade, Turkey has seen an increase in the number of women elected to Parliament and the assignment of more women to higher offices in government.

Women's fight for suffrage started early in the 20th century in Turkey – then ruled by a monarchy – but they faced other obstacles after the country switched to a parliamentary system as they failed to have suffrage added to the new constitution in 1924.

In Parliament in 1935, 4.5 percent of lawmakers were women. This number increased in the following decades, but it stayed below 10 percent until the 2011 elections.

Today, there are 104 women among the 600 lawmakers: 17.4 percent of lawmakers in the Turkish Grand National Assembly.