TIKA to restore Kirkuk's Qaysari Bazaar in destroyed by fire 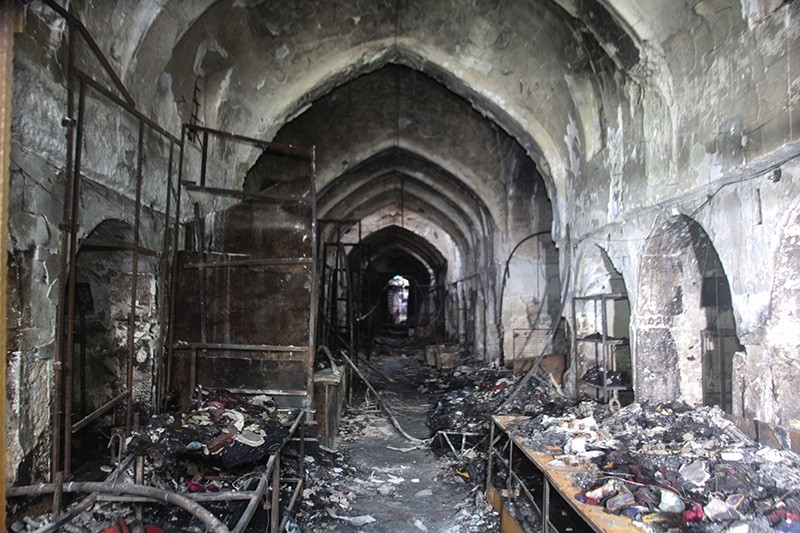 Turkish Cooperation and Coordination Agency (TIKA) will restore the Ottoman-era Qaysari Bazaar in Iraq's northern city of Kirkuk, which was destroyed by a fire on Nov. 26.

Work to remove debris and clean the area began Friday.

"In line with the instructions given by President Recep Tayyip Erdoğan, we started to remove the debris in the bazaar on Dec. 7 to repair the historical Qaysari Bazaar," TIKA's Baghdad Program Coordinator Cüneyt Esmer told Anadolu Agency (AA).

Esmer said that after the removal of debris, the restoration process will be started.

Speaking to AA, Spokesperson for the Iraqi Turkmen Front Ali Mehdi said: "The repair of the bazaar will be done with the support of TIKA. This is very important for us (to ensure) the historical structure of the bazaar will not be damaged."

The bazaar shopkeepers thanked Tukey for its response. Local salesman Izzettin Kemal said, "We are grateful to Turkey that it is on our side in these difficult days and for the reconstruction of the bazaar."

Another seller, Omar Hassan, noted that shopkeepers have earned their living the bazaar for decades and said there would be no one to reconstruct these places if Turkey did not.

The fire ripped that ripped through the Qaysari Bazaar in late November damaged more than 400 shops.

Built during the Ottoman era, the Qaysari Bazaar is located in the center of the Turkmen-majority Kirkuk city and is considered a historical landmark.