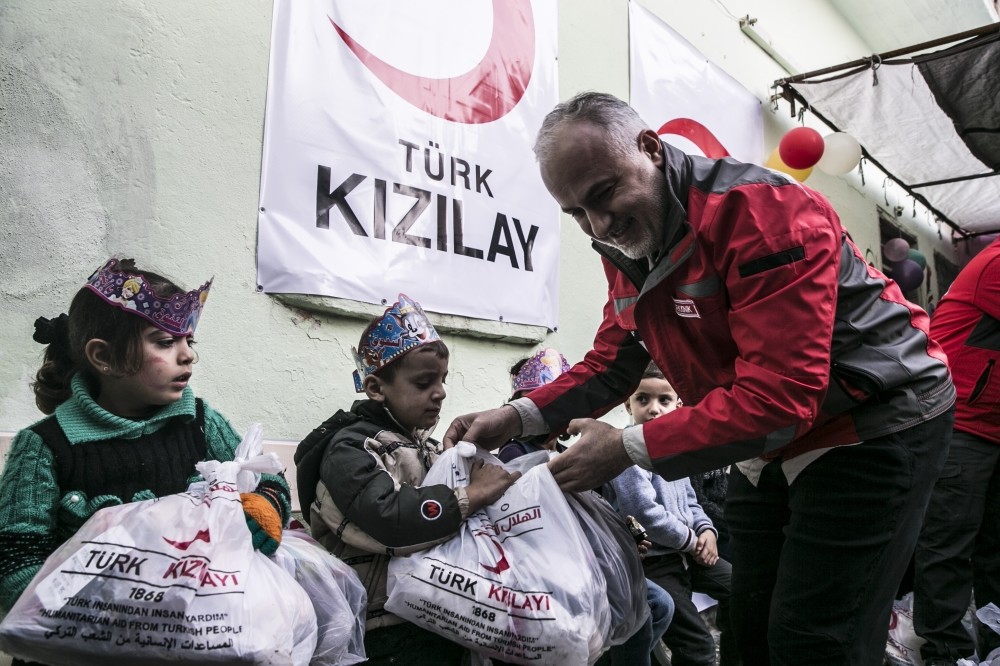 Leading charity, the Turkish Red Crescent, or Kızılay, marked the 150th year of its foundation with an event in Istanbul that delved into the future of humanitarian aid in a world rocked by conflicts and disasters. Kızılay TALKS, a conference that brought together humanitarian aid professionals, representatives from the private sector and media kicked off the event to mark the anniversary that dates back to the last century of the Ottoman Empire.

Participants discussed the future of humanitarian aid and how to raise awareness for humanitarian aid causes, in the light of increasing possibilities in a digital world and in the face of fast changing socio-economic conditions.

Turkish Red Crescent President Dr. Kerem Kınık who also serves as vice president of the International Federation of Red Cross and Red Crescent Societies (IFRC), Katy Attfield, deputy head of Division, Operations and Partnership Cooperation and Coordination at the International Committee of the Red Cross and ICRC Head of Office in Turkey Mette Petersen attended the conference. Kınık gave examples from the projects they have been developing and support for humanitarian aid around the world.

"This deep-rooted institution of Turkey, became a gigantic structure which can bring aid to 147 countries. How far we have come is truly breathtaking. Not only have we left our mark in our history and geography, we have touched the world," Kınık said.

Kınık said that 140 million people across the world are in need. "The joint target of the U.N. and other NGOs [nongovernmental organizations] was reaching 100 million people. We say that we won't leave anybody behind, but unfortunately, we're leaving millions of people behind," he added.

The main principle of the meeting is to reach a common understanding to make the world more livable and to find innovative and solution-based approaches, he also said.

The Turkish Red Crescent was originally founded in 1868 as Society for Aiding the Wounded and Ailing Ottoman Soldiers, before it took its current name in 1947. Its primary goal was to help soldiers wounded in the fronts, but in time, it evolved into a charity responding to natural and man-made disasters around the world.

Nicholas Hawton, a diplomatic adviser to the Red Cross, hailed the Turkish Red Crescent's humanitarian efforts in a speech at the conference, saying: "You earned the respect of the whole international community."

"My first job today is to thank you for the significant and long contribution to humanitarian work in Turkey and beyond and the important role you played in our movement," Hawton said.

The Turkish Red Crescent is the largest humanitarian organization in Turkey, with an international network to help other nations in need.

In his speech, Hawton also underlined the importance of humanitarian ecosystem models for global humanitarian responses to crises.

"The ecosystem model encourages four things; diversity, partnership, local action, and people-centered action, which are particularly important for our movement," he said. "The diversity model of the humanitarian ecosystem desires and encourages a diversity of humanitarian actors and responses.

"The ecosystem model is also respectful of local humanitarian action, not biased in favor of international organizations," he said.

"I think the Red Cross and Red Crescent movement knows deeply that the ecosystem model is the best approach for global humanitarian response cooperation," Hawton added.