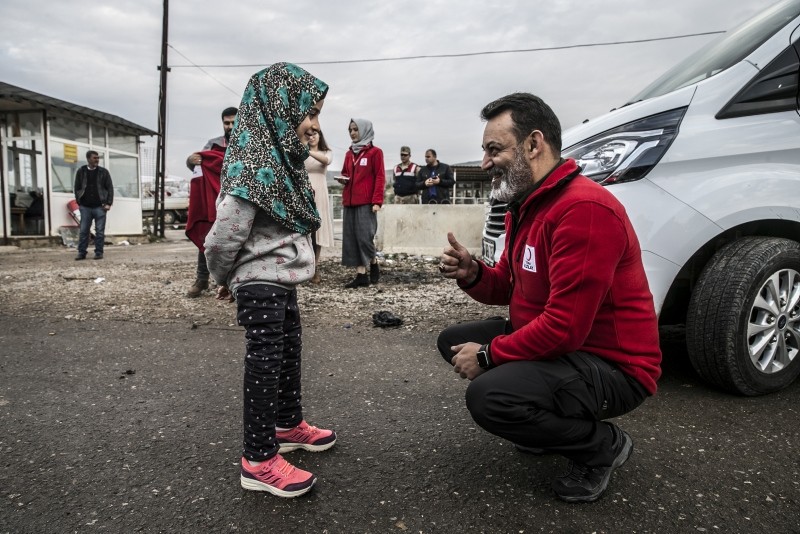 After a Turkish aid group paid for life-changing surgery to give her prosthetic legs, an 8-year-old Syrian refugee girl on Saturday left Turkey walking tall, living out her greatest dream.

Maya Meri lacks working legs due to a congenital condition, and had to struggle to walk using spare tin cans attached by her father until this June, when the Turkish Red Crescent brought her to Turkey.

Months later, on Saturday Maya and Ali Meri, her father, returned to the Ser Ceble refugee camp in Idlib, northwestern Syria after the successful treatment, accompanied by a delegation from the Turkish Red Crescent.

The Syrian girl got global attention when Anadolu Agency reporters based in Idlib shared her story with the world on June 21, which led to the Turkish Red Crescent offering her a helping hand.

"I have one dream, that is to walk," she told Anadolu Agency over the summer.

Her father told Anadolu Agency that he was grateful to everyone involved in her treatment.

"We got the prostheses thanks to them. We thank all those who made our lives easier. Maya is so happy to have prostheses. We would like to thank the Turkish government," he said.

Kadir Akgündüz, the Turkish Red Crescent's Syria field coordinator, said that they began to take care of Maya some five months ago.

"Today, she rejoined her family on her feet," he said.

Akgündüz said Maya was happy with her siblings, adding that the Turkish Red Crescent would give her family further assistance.