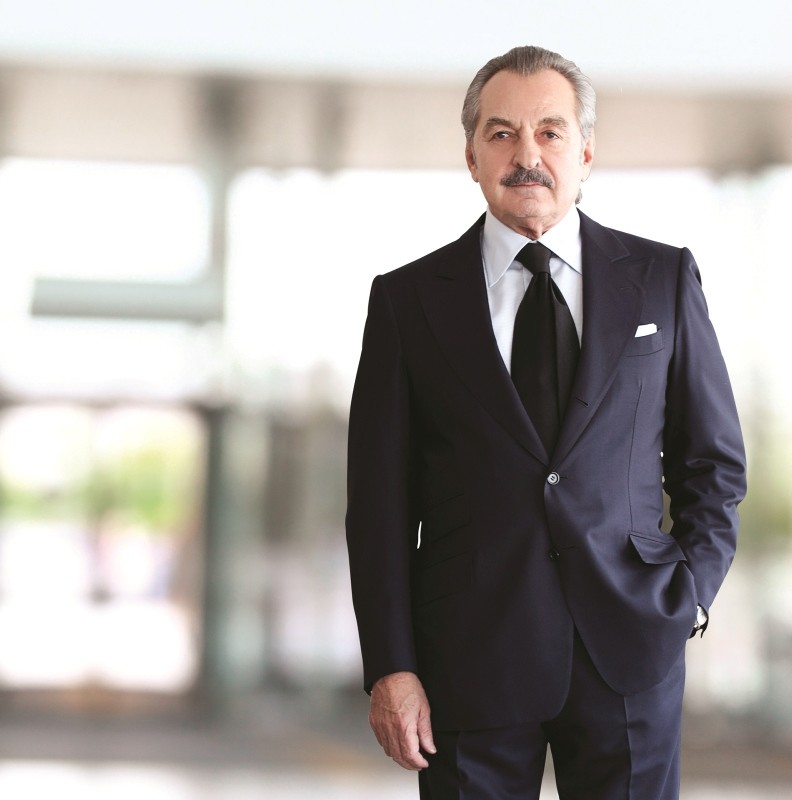 Prominent Turkish businessman Ali Raif Dinçkök, the board chairman of Akkök Holding, has died at the age of 74, after a long battle with colon cancer, the company said Tuesday in a statement on its website.

"We are in deep sorrow over the loss of our Chairman Ali Raif Dinçkök, who has been undergoing treatment for some time due to his illness. We offer our condolences for the loss," the statement said.

A funeral ceremony will be held for the prominent businessman on Wednesday at Marmara University Facility of Theology Mosque, and he will be buried in a family plot in the Zincirlikuyu Cemetery in Istanbul.

Dinçkök was born in Istanbul in 1944. He completed his education at St. George's Austrian High School in Istanbul's Beyoğlu district. Dinçkök later studied textile engineering at Germany's Aachen University, graduating in 1969. In 1993, Dinçkök graduated from the business administration department of Boston University.

Dinçkök began working at Akkök Holding in 1993, serving in various roles in the textile, energy and real estate sectors. He served as purchasing department coordinator at Ak-Al Tekstil from 1994 to 2000 and then worked at Akenerji until 2003. He went on to serve as deputy chairman of Akiş Real Estate Investment. At the time of his death, Dinçkök was the deputy chairman and member of the executive board at Akkök Holding.

He was also a partner in the poshy Istanbul shopping mall Akmerkez located in upscale Etiler neighborhood.

Based in Istanbul, Akkök Holding is a group of companies that operate in the chemical, energy, real estate, textile and service sectors.
Last Update: Dec 11, 2018 4:45 pm
RELATED TOPICS