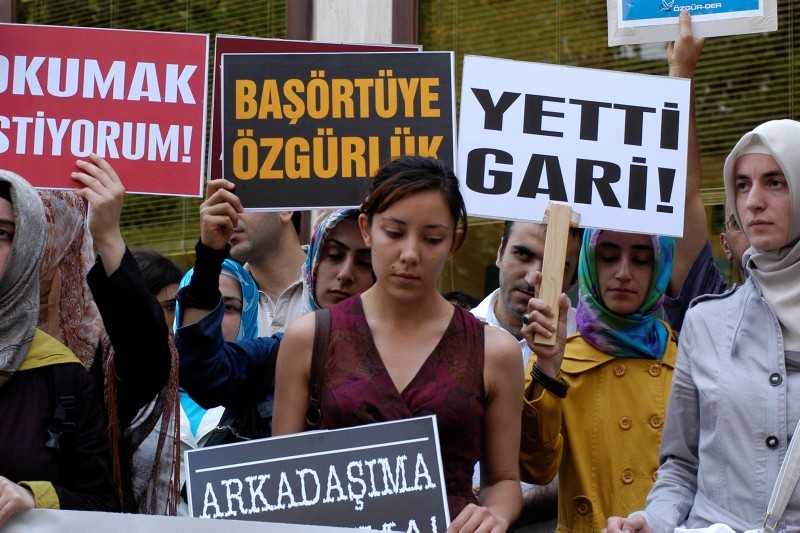 The Constitutional Court (AYM) of Turkey has ruled that a university student's right to education and freedom of religion was violated due to the headscarf ban imposed in the country at the time.

According to the decision published in the official gazette on Tuesday, Sara Akgül, who was a student at Istanbul's Boğaziçi University, received a scholarship from the Education Ministry between 2000 and 2005.

However, the school expelled Akgül on her fourth year on the grounds that she did not renew her registration. The reality was that she was not allowed to attend lectures or take tests due to her headscarf, let alone enter the university premises.

After being granted a student amnesty in 2009 and after the headscarf ban was lifted at the university, Akgül returned to Boğaziçi and graduated in 2012. However, that year the Education Ministry proceeded for Akgül to pay back in full the scholarship they had previously granted her.

So in 2014, Akgül made an individual application to the Constitutional Court after exhaustion from years of seeking other judicial remedies.

The court unanimously ruled that her right of education and freedom of religion was violated, and a new case should be heard to remove these violations and its results. It also ordered the applicant be paid a sum of 20,000 Turkish liras (around $3,700) for non-pecuniary damages.

The headscarf ban in Turkey started to be implemented in the 1980s, but became stricter after 1997, when the military forced the conservative government to resign in an incident later dubbed as the Feb. 28 "postmodern" coup.

It was gradually lifted for students in universities after 2010, while the ban for public employees was also lifted in 2013.

The issue of the headscarf ban held an important place in public and political debates during the 1990s and 2000s in Turkey.

The Justice and Development Party (AK Party) government led by then-Prime Minister Recep Tayyip Erdoğan became a pioneer in terms of resolving the country's headscarf issue, which left millions of Muslim women in a dilemma to make a choice between their faith and education or professions.

Through the democratization package aiming to guarantee democratic rights for all citizens, the government passed laws and made amendments to the existing ones to ensure women wearing headscarves could receive education and work as public servants.