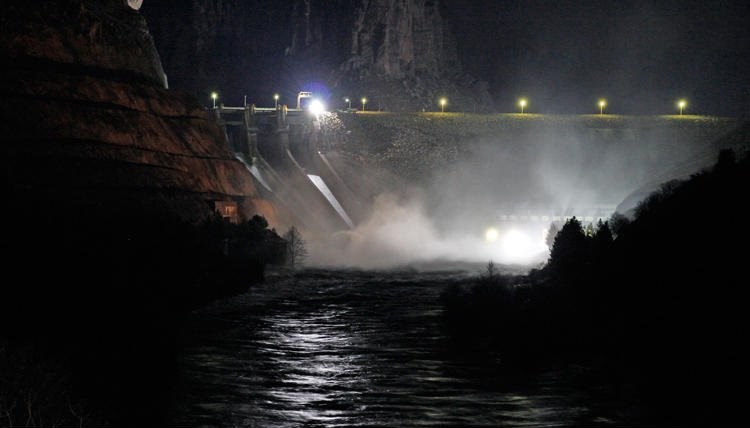 One of the floodgates of the Kral Kızı Dam in southeastern Diyarbakır province broke Thursday due to excessive rainfall, prompting Turkey's gendarmerie and Disaster and Emergency Management Presidency (AFAD) teams to take measures against flooding in settlements around the Tigris River.

Diyarbakır Governor's Office warned residents of the Eğil district that the Tigris' waters were expected to rise three to four meters due to the breach, and that they should avoid travel near the riverbed.

According to information received, three floodgates were opened on Thursday in order to evacuate excess water accumulated due to heavy rainfall. However, after a while, the force of the water broke one of the gates, allowing water to spill into the natural riverbed. As the water level in the Tigris increased, two of the gates were closed.

Diyarbakır Governor's Office said it would provide updates to the public as the situation develops.