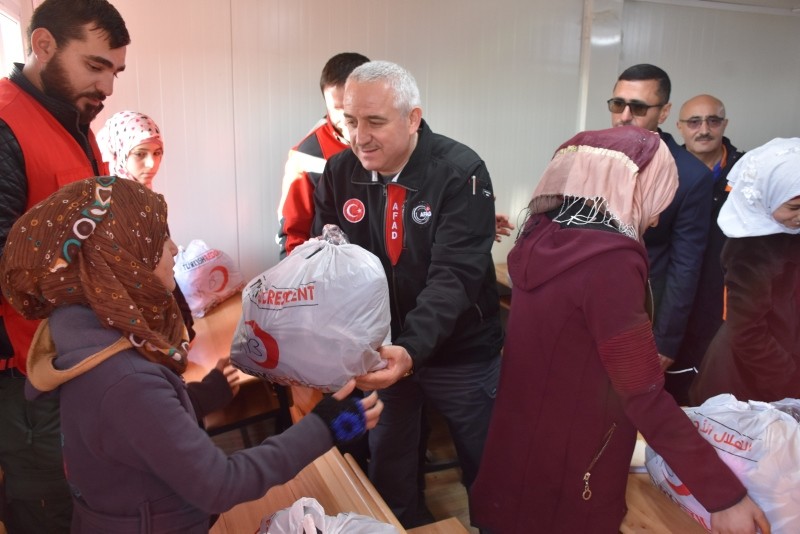 Turkish Red Crescent said that they are ready to handle any possible migration wave that would come from the east of the Euphrates after Turkey launches its planned counterterrorism operation in the region.

Speaking at the Mediterranean resort city of Antalya, Ibrahim Altan, chairman of the Turkish Red Crescent, said: "We have finalized our preparations to meet the nutritional needs of any migration wave and to support their sheltering needs. Our teams are ready to transfer to the region," Anadolu Agency (AA) reported.

Altan told AA that the charity displays the Turkish government's soft power by reaching every part of the world to help people in need and added, "We did all these works during Operation Euphrates Shield, in [northwestern Syria's] Afrin and Idlib, and we provided necessary shipments to the [affected] regions."

On Wednesday, Erdoğan said that within a few days Turkey would launch an operation in Syria, east of the Euphrates, to clear the region from PKK elements and its Syrian affiliate the People's Protection Units (YPG).

Speaking at the Turkish Defense Industry Summit held at the Beştepe Presidential Palace Complex in capital Ankara, Erdoğan said it was time to realize Turkey's decision to dissolve terrorism groupings east of the Euphrates River, referring to areas controlled by the YPG terrorist group in northern and eastern Syria.

Later on Wednesday, Defense Minister Hulusi Akar said that allowing a "terror corridor" in any way in the south of Turkey, including the east of the Euphrates River, was out of the question.

Turkey shares a 711-kilometer (442-mile) border with Syria and considers the presence of the YPG, the Syrian affiliate of the PKK terrorist group and the dominating force in the U.S.-backed Syrian Democratic Forces (SDF), on its southern border a grave threat to its national security.

A possible mission east of the Euphrates, which Turkey's leadership has been suggesting for months, would follow two successful cross-border Turkish operations into Syria — Operation Euphrates Shield launched in August 2016 and Operation Olive Branch launched in January 2018, which were both meant to eradicate the presence of YPG and Daesh terrorists near Turkey's borders.