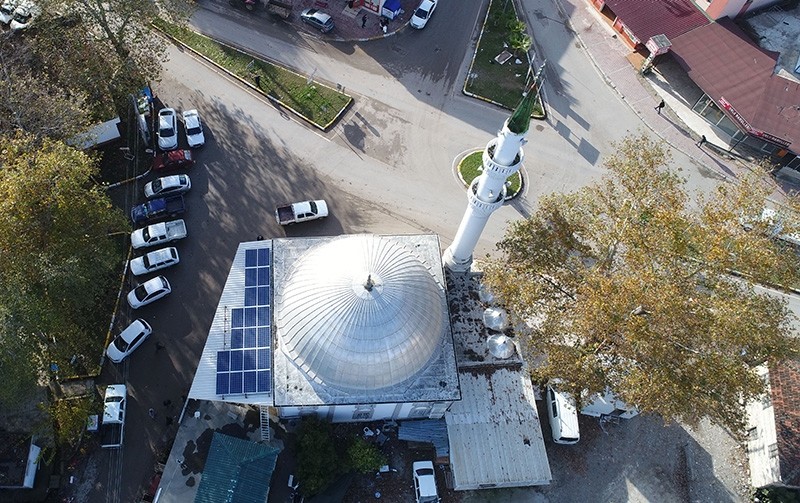 Since the mosques started to use the solar energy, community members haven't been asked to pitch in to pay the utility bills; instead, the mosques are gaining profit by selling energy produced beyond their needs.

The idea to use solar energy came from Ayşe Özkan, a Turkish woman who lived and owned a firm in Germany which produces solar energy. The 51-year-old woman came Turkey in 2011 and began initiatives in Antalya, specifically to turn solar energy production into a profession. Özkan established a career development course in the Konyaaltı district of Antalya province and started to attract trainees, following a 2012 law paving the way for solar electricity generation.

Özkan, who met with two imams at the Bahtılı and Çakırlar mosques in Konyaaltı district to explain the usage areas and benefits of solar panels, found that the mosques were consuming excessive electricity during the summer and winter months for heating and cooling systems.

Seeing an opportunity to help cut costs, Özkan met with the provincial mufti and recommended placing solar panels on two of the city's more than 2,000 mosques.

Provincial Mufti Osman Artan said more support should be given to projects like this one in order avoid wasting the natural resources of the city, which receives abundant sunshine on Turkey's southern Mediterranean coast.