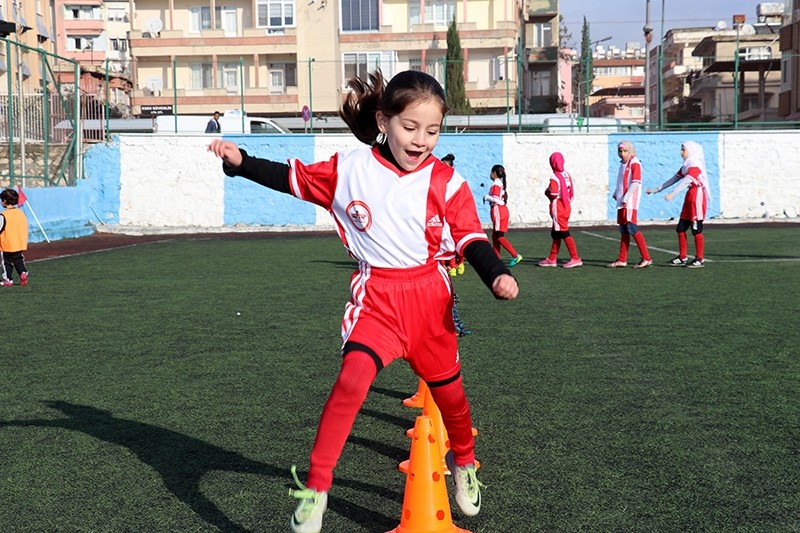 A Turkish nonprofit organization in Hatay is helping displaced Syrian children develop closer ties with Turkish children on the football pitch, training and playing matches together

Football is one of the most popular pastimes for Turkish children and a project by a Syrian nonprofit organization looks to use it to boost their relations with Syrian refugees, a large community traumatized and displaced by the conflict in their homeland bordering with Turkey.

"Promoting Social Harmony and Dialogue through Football" brings together Turkish and Syrian children in Hatay, a city on the border with Syria, on football pitch for weekly games and training under professional coaches.

"We created a friendship bridge between Turkish and Syrian children via sport. We are trying (to teach) children to love and respect each other and recognize their cultures. We do this through sports. In this way, children are having a good time while getting a chance to get to know each other better," Mohammad Kindawi, head of the Syrian Arab Rescue (SAR) Association said, adding that sports also keep children away from detrimental activities.

The project, supported by the German Development Agency (GİZ), has brought together 140 children – about 70 Syrian and 70 Turkish youth – between the ages of eight and 17 for the three-month program. 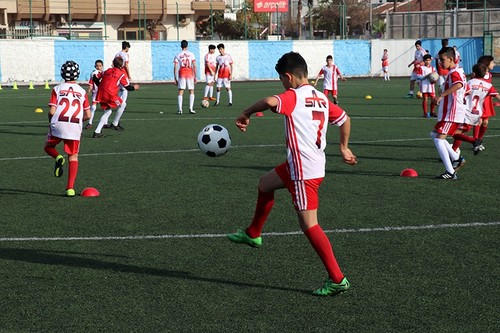 Participants in the program play football three days a week in Nazım Koka Stadium in Antakya, facilitated by coaching staff.

One of the children, Muhammed Numan Kocaoğlan said he attended the project to get to know his Syrian friends better while also improving his football skills.

"Within this project, I play more football and establish better relationships with my Syrian friends in the neighborhood," Kocaoğlan said.

Another participant, Eren Akçay, said he had never before had a Syrian friend, but thanks to the project, he made friends and had an opportunity to get to know them better.

Syrian participant Abdulbased Shan said that he is very pleased with the project and had a very nice time with his Turkish friends on the field.

Since 2011, Turkey has received a constant flow of displaced Syrians fleeing the conflict, with the numbers of refugees expanding from mere thousands to more than 3.5 million, by far the most among refugee-hosting countries. Women and children make up the majority of the refugees.

According to Turkey's Public Auditing Agency (KDK), a total of 276,158 Syrians were born to refugee families in Turkey between 2011 – the year the war broke out – and 2017. So far, Turkey has spent more than $30.2 billion on their well-being.

Turkey has also reached out to more than 610,000 Syrian children in its bid to provide them with an education. They attend public or charity-run schools, or schools set up in some refugee camps.

Integration remains key to improve the lives of Syrians in Turkey as experts point out that the conflict likely to continue for a long time, dimming the prospect of a return home for refugees. The KDK report says the population of Syrians living in Turkey may increase to 5 million in 10 years, drawing attention to the fact that even though the war may end in Syria, many Syrians in Turkey could decide not to return home.

Language is the main barrier for Syrians and Turkey strives to teach Turkish to more Syrian children so they won't feel isolated, both in public schools and in private courses offered by charities.