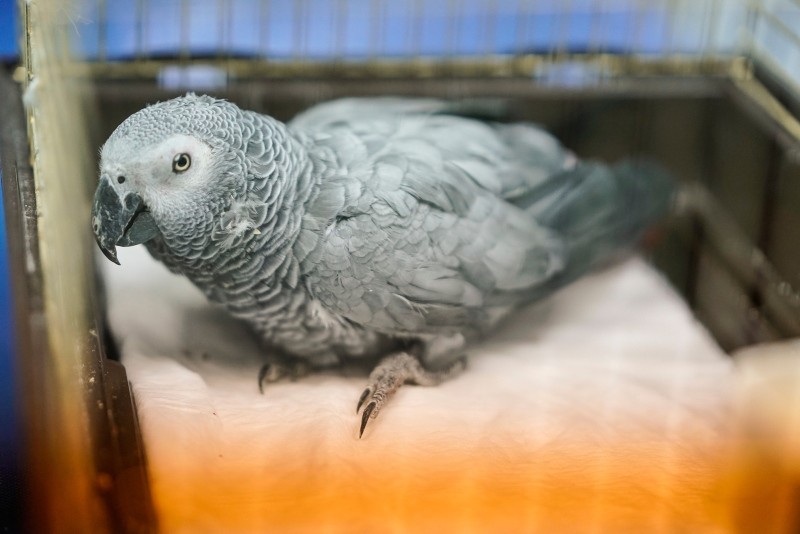 A parrot which made headlines in Turkey after being publicly subjected to torture by a disgruntled television show contestant died Thursday despite all efforts for its recovery and rehabilitation.

The parrot named Bahtiyar was tortured by its owner Murat Özdemir, who was recently disqualified from the MasterChef television cooking competition and made a reputation for his mentally unstable behavior during the show and its aftermath. Özdemir was detained Monday night after sharing a video of torturing the parrot in his home on social media. He was seen holding the parrot down by the neck and swearing at the bird.

Officials initially determined the parrot's leg was broken and it was suffering from tissue damage to the head. The bird was immediately transferred to the Istanbul Directorate of Agriculture and Forestry for medical treatment.

Bahtiyar was transferred Wednesday to the Istanbul University Cerrahpaşa Veterinary Faculty for an operation. The parrot's health deteriorated last night, and it died early Thursday.

It was reported that the parrot was not fed for a long time. Its exact cause of death will be determined after a medical examination.

Bahtiyar's death provoked public uproar and once again surfaced the issue of cruelty and violence against animals, with thousands taking to social media to express their anger.

Özdemir was arrested at his home in Istanbul's Ortaköy district by Beşiktaş police officers on Monday night. After giving his statement to the prosecutor on Tuesday morning, in which he claimed that he was intoxicated and suffering psychological problems due to his disqualification and other issues, Özdemir was briefly released before being rearrested within minutes. He faced five charges, including illegal drug use and domestic violence. However, after a court hearing later Tuesday, he was sent to Bakırköy Psychiatric Hospital, where he will remain for 21 days for the state of his mental health to be determined.

Özdemir also received an administrative fine of 5,254 Turkish liras (approximately $1,000) issued by the Istanbul Directorate of Agriculture and Forestry for violating hunting legislation.

The 43-year-old chef had worked in the Turkish embassy in Brussels and various prestigious hotels in Turkey before establishing his own business but went bankrupt a couple of years ago and settled in Istanbul.

Özdemir had previously been kicked off the Yemekteyiz television cooking competition for frequently interrupting the host. Most recently, he was part of the red team on MasterChef Turkey. He was also announced as a contestant for the 2019 Survivor Turkey by Turkish media boss and producer Acun Ilıcalı, who owns the TV8 Channel and broadcasting rights of these programs in Turkey.

Ilıcalı, his channel and production company also came under fire for failing to make adequate psychological checks on people who they bring before millions on television. Social media users accused Ilıcalı of exploiting people's mental illnesses for the sake of ratings.

Turkish media outlets reported Ilıcalı calling Özdemir a "psychopath," and defended his company's role in the incident. Ilıcalı described Özdemir's inclusion to Survivor as a baseless rumor. "Perhaps there have been 3,000-4,000 people that took part in our competitions. The number of psychopaths among these is probably two, maybe three. If I close my eyes right now and go randomly inside (a crowd of) 1,000 people here, I would have found more psychopaths," Ilıcalı said in remarks likely to fan anger of animal rights and television ethics activists toward him and his company.