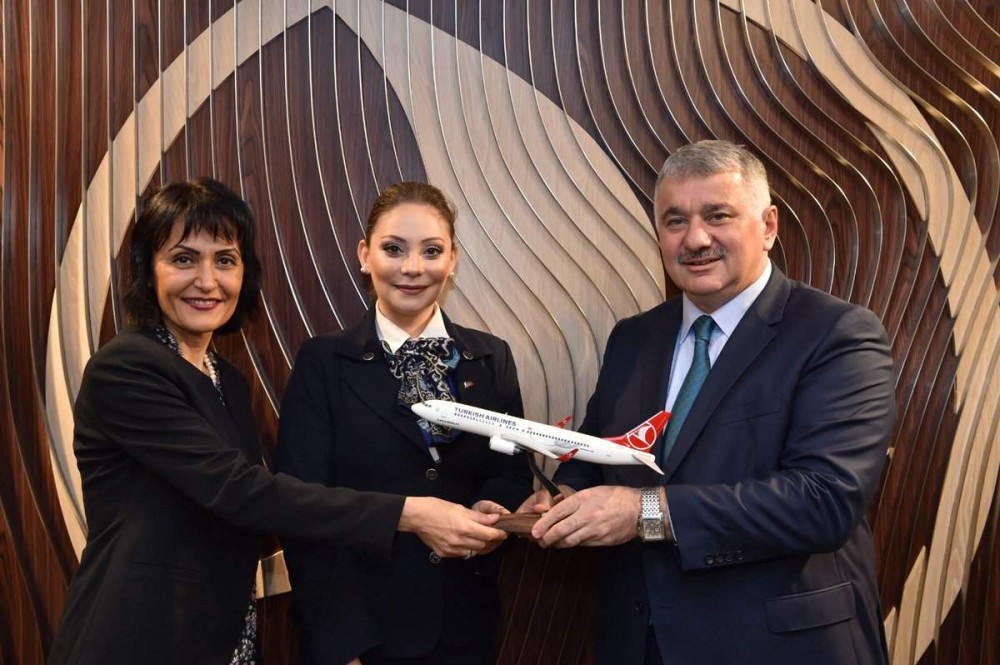 The cabin crew of a Turkish Airlines (THY) flight that helped a Congolese women give birth to a baby mid-air was hailed for its actions.

THY CEO Bilal Ekşi received pilots and flight attendants of the flight yesterday and personally thanked them for helping 21-year-old Musuamba Michoukayembe to deliver her baby boy during last week's flight to Istanbul from Libreville via Kinshasa.

As labor was approaching, her husband - a doctor - and the cabin crew immediately began preparations. The area at the back of the plane was "isolated" for the delivery. The mother and her newborn son - both in good condition - were taken to a hospital after the plane landed in Istanbul.

Ekşi, who awarded the cabin crew with model THY planes with their names inscribed on them, said the carrier is proud of the crew. "This is a display of Anatolian hospitality," Ekşi said. "I sincerely thank you for helping our guest as you were trained in your first aid training. You were very professional," Ekşi told the crew.