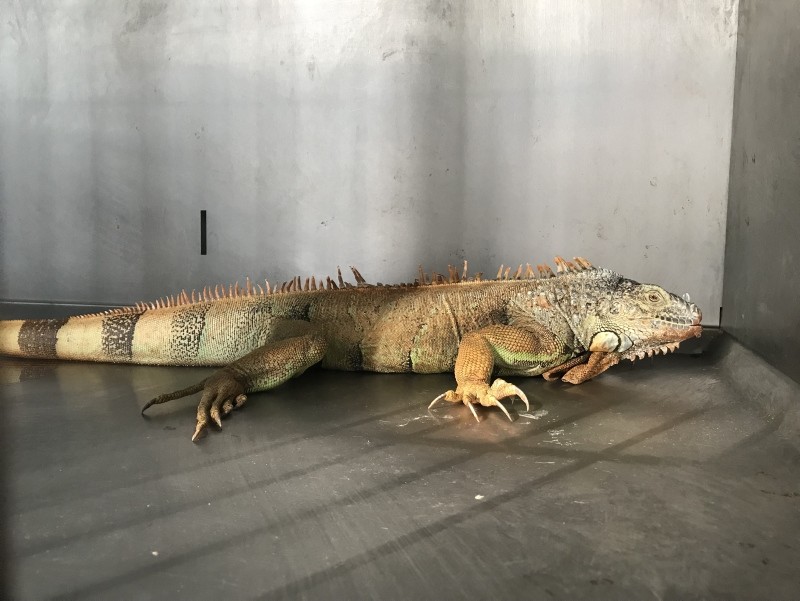 An iguana found on the streets of Turkey's Aegean resort town of Bodrum by locals has been taken under protection by municipality staff.

Bodrum locals found the iguana on a street in the Torba neighborhood, starving and shaken by the cold. The locals immediately informed the municipality after finding the animal in such a state.

The municipality staff took the iguana, which was almost a meter in length and 10 kilograms in weight, to the Municipality's Temporary Animal Care Center.

Buse Esra Erkuşöz, a nursing veterinarian, said in a statement that they were hosting an iguana in the center for the first time.

Ssying that the iguana had already grown to its full adult size, Erkuşöz said: "We are trying to balance his body temperature. Normally, he needs to live in an environment of 26 degrees Celsius. We are trying to prepare a suitable environment for him."

Erkuşöz said the animal was likely a pet but abandoned by its owners because they could not handle the animal.

She stressed that iguanas were not suitable as house pets.

Erkuşöz added that they did not find any signs of beatings or wounds on the animal's body.

The iguana will be delivered to Directorate General for Nature Conservation and National Parks staff after treatment.