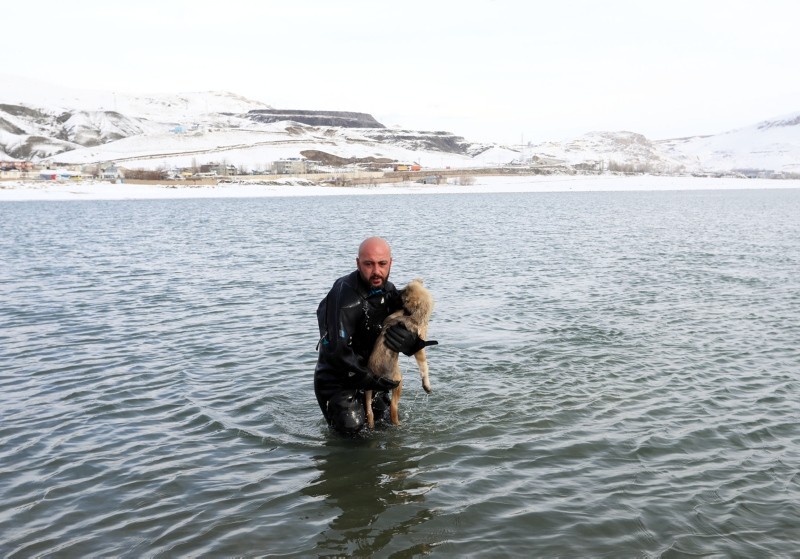 A Turkish police diver braced the freezing waters of a lake in eastern Turkey's Van province to save a dog from certain death.

Officer Burak Ökten arrived on the Lake Sıhke after locals alerted authorities about a dog being trapped in the lake after falling through cracked ice.


Ökten noticed the dog was stuck in ice some 150 meters away from the shore. Fighting against time to save the canine from certain doom, Ökten proceeded to approach the dog.

He managed to free the animal and carry it to the shore after breaking several large chunks of ice. 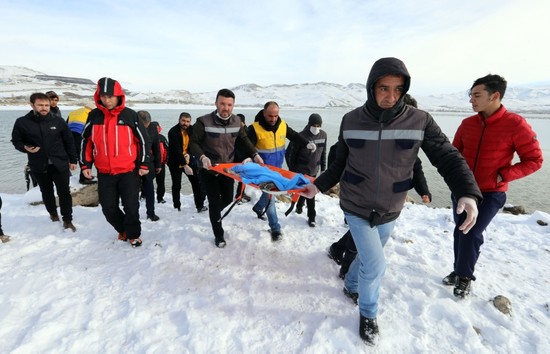 "The lake was frozen. It was hard to reach the dog. Sadly the dog suffered hypothermia due to frigid waters. It was a tough swim but well worth it as I am happy to save the animal. Now the veterinarian will take care of it, I hope it will survive," Ökten said.

Veterinarian Şah İsmail Bilge said the dog was in critical condition but that they were hopeful for a recovery. 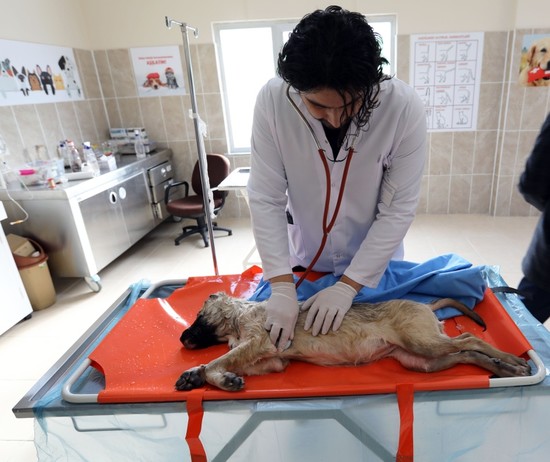 "We received a response after initial treatment. It suffered hypothermia and its condition is critical. It is placed in intensive care right now. We hope it will respond to the treatment and recover," Bilge said.