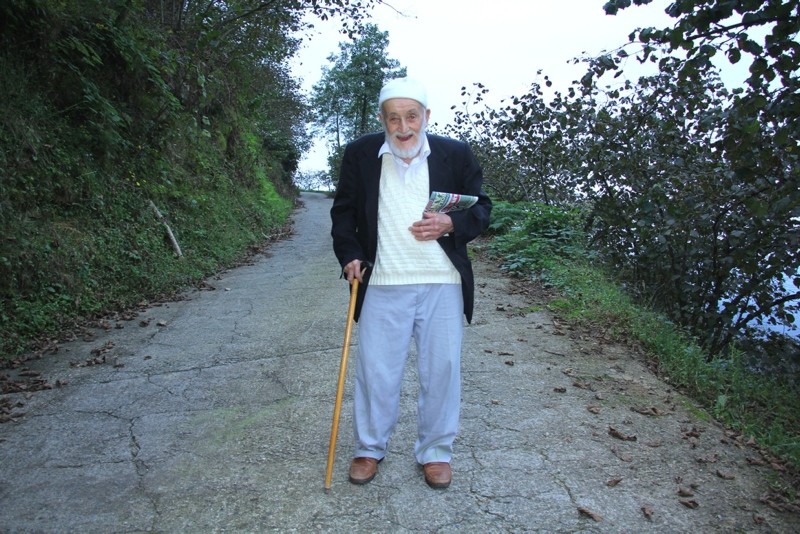 An elderly man's daily routine of walking eight kilometers each day to read the daily newspapers in Turkey's northern Giresun province has become an inspiration for the locals.

Ahmet Ali Demirel, an 84-year-old man from Güce district of the Black Sea province, leaves his home each day to go to the newsstand in the district center. The way between his home and the district center is approximately four kilometers and it takes one and a half hour for him to reach there.

Father of six children, Demirel returns his home every afternoon after reading all newspapers.

Demirel told Anadolu Agency (AA) that his childhood and young ages were passed following the developments in Turkey as well as in the world by the newspapers and it is the excitement of reaching the print newspaper what keeps him alive.

"I go to the town center to read the newspapers on regular basis. I pass the steep, hilly, rugged and challenging geography with great love. I walk about 8 kilometers on a round trip," he said.

Demirel stated that he never gave up on newspapers despite the invention of the radio and then the television. 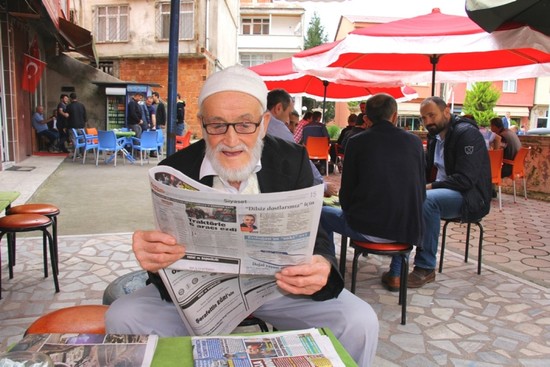 "I love reading and therefore I didn't give up my newspaper reading habit despite technological advances. I follow the developments both in Turkey and abroad every day," Demirel said.

Demirel said that there is only one newsstand where he lives thus he has to walk the way.

Saying that at times, the drivers of the passing by vehicles offer to take him to the district center but he refuses the offers for not to lose his walking habit, Demirel added that he cannot go to the center only when there is snow.

He said that the first order of his religion [Islam] is "to read" thus he is trying to fulfill the order and further aims to be an example for the young people.

His son Hüseyin Demirel said that his father is being loved very much in where they live due to his reading habits and he always encourage those around him to read.