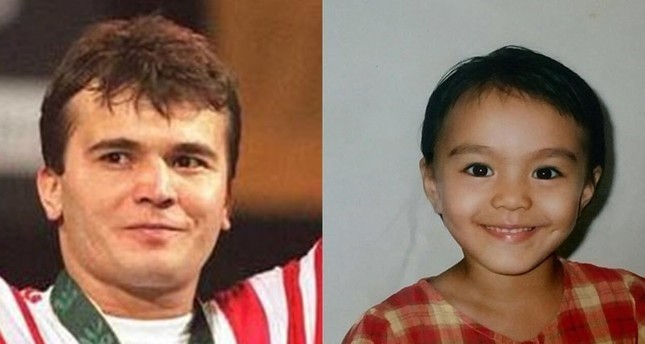 An Istanbul court announced its final verdict on the paternity suit of Turkish national weightlifter Naim Süleymanoğlu on Thursday.

The Family Court in Istanbul's Büyükçekmece district confirmed that Japanese national Sekai Mori is the daughter of the world record-holding weightlifter, nicknamed "Pocket Hercules," according to the forensic report that identifies Süleymanoğlu as Mori's father with 99.9 percent certainty.

The court said the necessary administrative procedures should be fulfilled by the civil registry.

A sample of the weightlifting legend's DNA was taken after his body was exhumed in July amid the legal process.

Mori previously said that Süleymanoğlu met with her mother Kyoko Mori, a Japanese journalist, at the 1988 Seoul Olympics.

The result of the court means that Mori will inherit a share of Süleymanoğlu's legacy.

The parties, Süleymanoğlu's other two daughters, Esin and Sezin Süleymanoğlu did not request an appeal against the court's decision.

Süleymanoğlu family's lawyer Aziz Demir said that "Esin and Sezin Süleymanoğlu did not want to request an appeal due to Forensic Medicine Institute's report and accepted their sister."

The legendary weightlifter died at age 50 after he was admitted to an Istanbul hospital due to liver failure caused by cirrhosis.