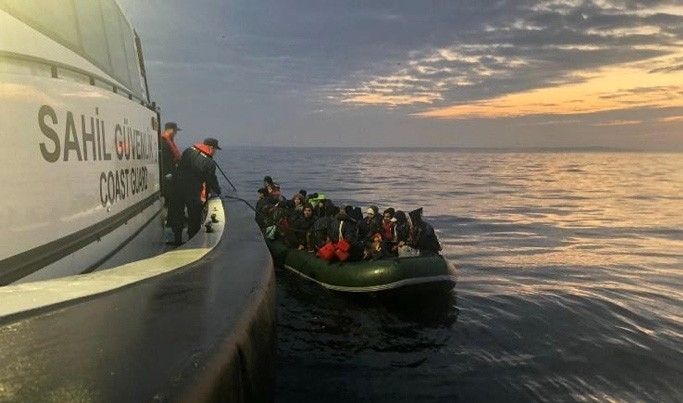 A total of 118 irregular migrants were held across Turkey, according to security sources on Saturday.

In another operation in the same province, police also stopped another vehicle carrying two Afghan migrants.

Separately, the gendarmerie forces rounded up 109 irregular migrants in the Aegean province of Izmir.

The migrants -- including women and children -- were mainly from the Central African Republic and Congo.

A total of seven people were arrested on human trafficking charges.

All of the migrants were referred to provincial migration directorates.

Turkey has been a main route for irregular migrants trying to cross to Europe, especially since 2011 when the Syrian civil war began.