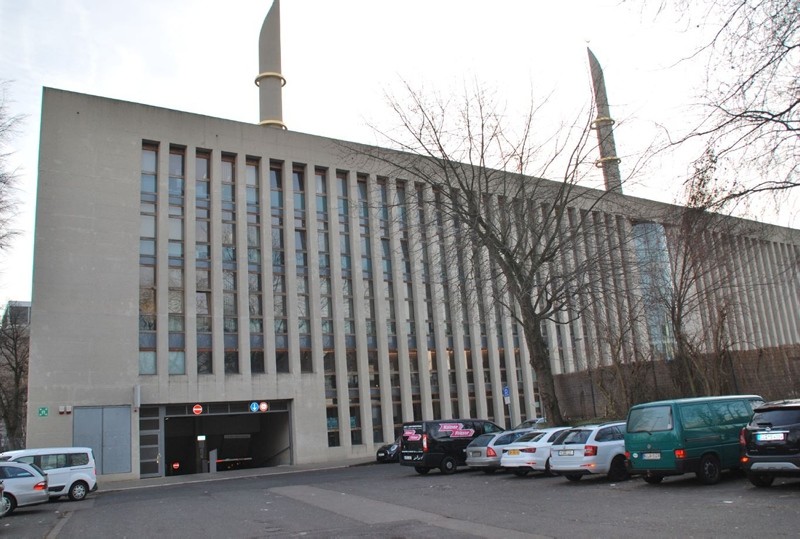 The German Bild daily's use of the photo of the Central Mosque in Cologne, which is run by the Turkish-Islamic Union for Religious Affairs (DITIB) in an article that relates mosques in Germany with terror funding drew criticism on social media.

Many people, including Turkish people living in Germany, have criticized the newspaper, for pointing the mosque as a target by using its photograph.

Mustafa Yeneroğlu, deputy for Turkey's ruling Justice and Development Party (AK Party) and an active member of the Turkish community in Germany, criticized the incident on his Twitter account saying that the newspaper is provoking attacks against Muslims.

"Bild, Germany's highest circulation tabloid provokes attacks against Muslims, by continuously presenting terror and mosques side by side. The Editorial board is happy to be the instigator of arson attempts against mosques, I suppose. I will file a criminal complaint," Yeneroğlu wrote.

The spokesman for the Turks Solidarity Platform in Cologne, Levent Taşkıran also said that the photo of DITIB central mosque was used by means of perception management and DITIB was specifically targeted.

Saying that the given article is committing a crime according to German criminal law, Taşkıran added that DITIB should file a criminal case against the newspaper and demand compensation.

A petition named "correcting the wrong" was also launched against the daily.

Recently, on Dec.27 politicians in Germany called on implementing a "mosque tax" for the country's Muslim population in order to "free the mosques" from the alleged foreign influence.

The German government wants to cut the support of Muslim associations who got financial support from abroad, especially those of DITIB, which currently runs more than 900 mosques in Germany for the country's nearly 5 million Turkish community and other Muslim minority groups.

The German Islam Conference in late November, organized for over a decade by the German Interior Ministry, also stirred controversy for its line-up and practices such as serving pork for lunch along with other alternatives.

The Cologne-based DITIB is one of the largest Islamic organizations in Germany. It was founded in 1984 as a branch of the Presidency of Religious Affairs (Diyanet), Turkey's top religious body. For many years, it was a partner in many government-supported counter-extremism and integration projects.

In 2017, an investigation was launched by the German prosecutor's office against several imams affiliated with the DITIB over spying allegations. German police raided the homes of the four imams in the states of North Rhine-Westphalia and Rhineland-Palatinate on the grounds of carrying out espionage on behalf of the Turkish Government against the Gülenist Terror Organization (FETÖ), the group responsible for masterminding the failed July 15, 2016 coup attempt in Turkey.

The Turkish Presidency of Religious Affairs (DIB) rejected the spying allegations since the very beginning, noting that no orders had been sent to DITIB, which is a separate, independent organization.

Contrary to Germany's official accusations, the Federal Office for the Protection of the Constitution (BfV) in North Rhine-Westphalia found no evidence linking DITIB to the spying allegations.