Turkey's zero-waste project wastes no effort in fight for environment 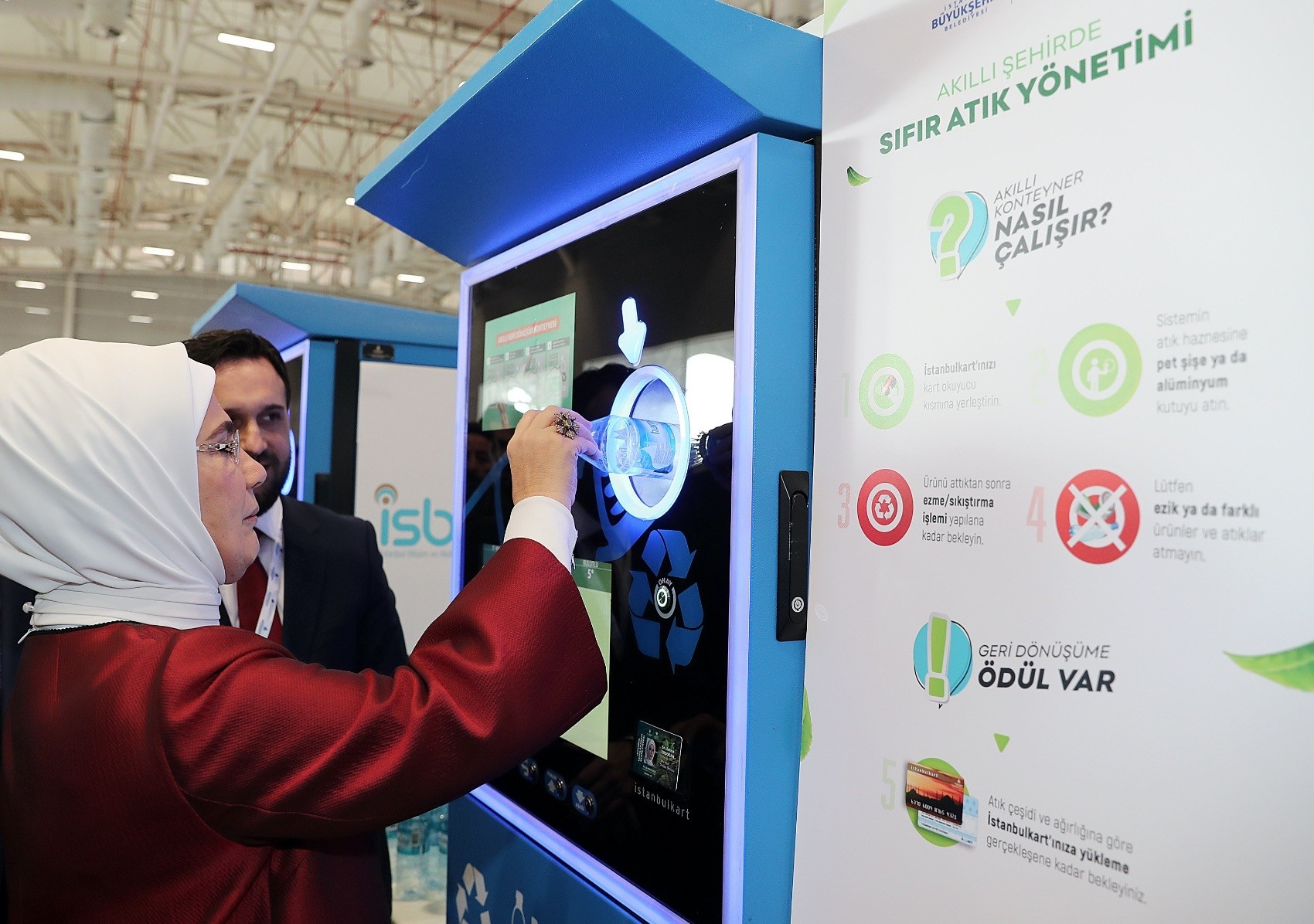 First lady Emine Erdou011fan deposits a plastic bottle to a u201csmart waste transfer machineu201d that gives mass transit credits in exchange for plastic bottles during an event on the environment in Istanbul in December.
by Daily Sabah Jan 01, 2019 12:00 am

Looking to recycle everything it can, Turkey, under the auspices of its presidency, is pursuing what it calls a ‘zero waste' project. The campaign has mobilized the public to curb plastic use and reduce waste

The zero waste campaign launched by first lady Emine Erdoğan under the auspices of the Turkish Presidency has gathered a lot of momentum in less than a year. The campaign that aims to boost recycling, helped Turkey shed its former image of a country turning a blind eye to the pollution problem.

The campaign has received nationwide support as it raised public awareness on proper sorting of the waste and use of waste as compost in agriculture. Championed by Emine Erdoğan, the project received numerous awards. The first lady now seeks to take the project abroad to promote zero waste practices.

Turkey, late to the recycling trend and efficient waste management except in big cities, strives to end landfills whose numbers have considerably decreased in recent years.

The campaign first started at the Beştepe Presidential Complex in the capital Ankara and soon spread to other public institutions, including ministries as well as to private enterprises.

In recent years, Turkey has started to prioritize waste management, over concerns of rising environmental damage, with municipalities responsible for garbage collection upgrading their waste management systems. The country also managed to recycle more than half of the plastic bottles in the market in 2017.

Under a new draft bill, every business or public institution will be required to receive a zero waste certificate that will evaluate how they comply with the new policies. The bill also makes it mandatory for municipalities to set up facilities for collection of waste separated at its source.

Nowadays, many public buildings from schools to hospitals and industrial sites separate their recyclable waste thanks to the campaign. Turkey also seeks to spread compost-making equipment used in businesses for converting food waste to compost for home use.

Most recently, the Ministry of Environment and Urbanization announced the launch of an education project at schools for zero waste in cooperation with an environmental non-profit organization. Some 50,000 students will be informed on how to better sort waste and how to recycle in the first phase of the project. It will start in the capital Ankara before going nationwide.

Volunteers from the non-profit TEMA Foundation and teachers will teach children about zero waste practices including consuming less, consuming responsibly, recycling for a different use of an object, food and et cetera.