Turkish aid agency reaches out to 5 continents in 2018 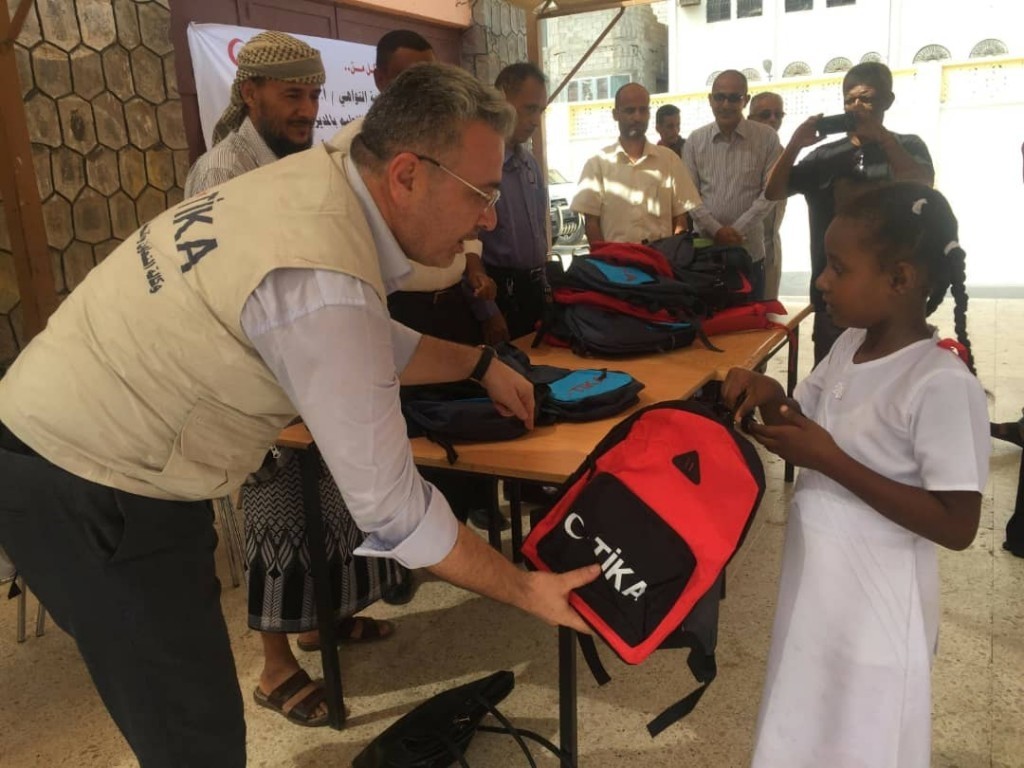 Turkey's state aid agency has reached out to five continents in 2018 to share its experience and friendship through using a human-centered approach to delivering assistance.

The Turkish Cooperation and Coordination Agency (TİKA) has carried out numerous important projects in the fields of education, health, agriculture and livestock from Africa to Latin America, the Balkans to Asia.

It also gave a helping hand to countries in their production, infrastructure and restoration activities. Here is a summary of what TİKA accomplished worldwide last year.

TIKA restored Algeria's historic Ketchaoua Mosque – which dates back to the Ottoman rule in the 17th century and symbol of the country's independence – in the capital Algiers.

It provided the Aysel and Serif Findikkaya Complex in camps of Dabaab, a town in north eastern Kenya, with equipment.

A group of 14 medical students, who went to Kenya via the agency's Experience Sharing Program, performed medical examination of 2,000 children.

TIKA also equipped an orphanage in West Africa that hosts 216 girls in Freetown, the capital of Sierra Leone. It provided a cookery, service and housekeeping training for the staff of Africa Union summit held on July 1-2 in Mauritania, a northwestern Africa country.

The agency distributed wheelchairs for 200 disabled people in East African country Comoros, while 1,100 families in Mauritania were supplied with food aid.

TİKA also aided many families in Ben Arous city of Tunisia, a North African country, when their houses and shops were damaged due to floods.

It also renovated the Al-Nejashi mosque, the tomb of the Abyssinian King Ahmed Nejashi, and 15 tombs of the companions of Prophet Muhammad in the East African country of Ethiopia.

TİKA supported the renovation and renewal works of the As-Salam Mosque serving Muslim minority in Santiago, the capital of Chile.

It provided a nursing home in Brazil with maintenance works and equipment.

It provided medical equipment for a maternal and child hospital in Venezuela, including five incubators, two beds with radiant heaters, and two phototherapy units.

TİKA also renovated the hospital's newborn unit and rearranged the environment and landscape setting of the Arte Fuego art school.

Turkish-style development in the Balkans

TİKA carried out extensive restoration work on Ottoman heritage in the Balkans as well as implementing development and aid projects.

One of its biggest project was the restoration of the historic Sokullu Mehmet Pasha Bridge in Bosnia-Herzegovina.

In the 10th year of Kosovo's independence, the Ardhmeria Kindergarten in the Drenas region, one of the most damaged regions during the Kosovo War, was renovated and put into service.

TİKA reaches far away to Asia

The aid agency trained people in Central Asia country of Tajikistan for welding, as part of its employment program.

In the Philippines, a fully-equipped operational mobile clinic used in many medical treatments, including surgical operations, was delivered to authorities to be used in the Bangsamoro region where the Moro Muslims live.

TİKA regularly gives away hot meals to 25,000 people in the Moynergona/Bagguna distribution center in the northern Rakhine State of Myanmar.

In Kyrgyzstan, a Turkish-Kyrgyz cultural center named after the world famous Kyrgyz writer Chingiz Aitmatov was opened. The main hall of this center was also renovated.

Uzbekistan was provided with 50 ambulances, which will serve 10 million people in a year, and 20 mobile service vehicles.

Some 16 tons of locally produced saffron plants were distributed among 40 farmers in Afghanistan. The farmers were also trained in updated agricultural techniques.

Projects in the Middle East

The agency renovated a public soup kitchen in Palestine's al-Khalil city, near the lodge of the Prophet Abraham.

A 3,000-square-meter (over 32,000 square feet) seedling production facility was established in the West Bank city of Jenin, which is the richest region of Palestine in terms of agricultural land and green area.

An aid campaign for young children, including the distribution of a total of 3,000 school bags with school supplies inside, was carried out in Yemen.