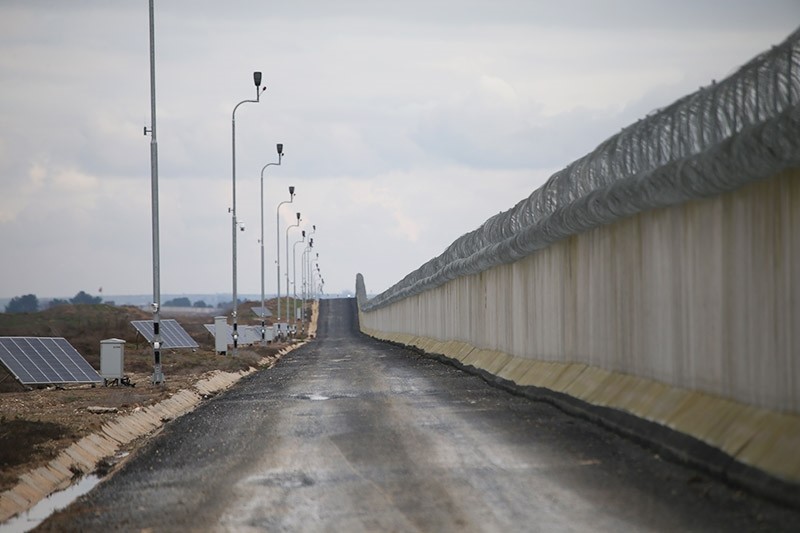 Turkey has improved its border security with an additional application on some 40-kilometer (24-mile) part of "Turkish Wall" along its border with Syria.

Kemal Ak, an information technologies teacher, told Anadolu Agency that Turkish ministries of Interior and National Defense had built a 911-km (566-mile) concrete wall as part of a Border Physical Security Systems project, and they wanted to contribute to this work.

Ak said that they developed Smart Border Security System together with a team of eight people, and added: "We've have been working on it since around a year."

Ak added that once a border violation was detected, cameras would turn towards that area and the scene would directly be forwarded to operations center and police station.

"Instant coordinates are also detected and it allows the element to be quickly captured," he said, adding that 40-km (24-mile) border was secured with 90 cameras.

Noting that the whole project was being realized by Turkish engineers, he said: "We've applied this for the first time in [southeastern Sanliurfa's] Akcakale border."

He went on to say that efforts for borders along with Iran, Georgia and Armenia were ongoing and the system would become widespread once it is seen useful by the statesmen.

The smart weapons and automatic announcement system installed on the eight-meter (26 feet) high armored towers established in the border regions prevented the illegal transitions to a great extent and the terror group's mobility on the other side of the border is also reduced.

The wall was sealed along Turkey's border provinces of Sanliurfa, Gaziantep, Kilis, Hatay, Mardin and Sirnak, with the help of state-backed housing developer TOKI and the governorates of the border provinces.

Ankara had launched the construction project in 2015 as part of Turkey's measures to increase border security and combat smuggling and illegal border-crossings.