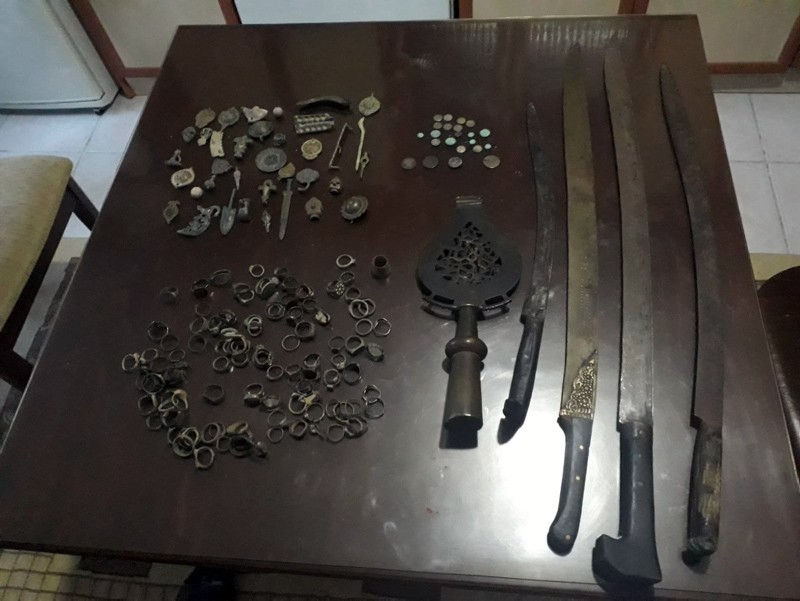 Police in Turkey's Amasya province detained one person and confiscated a number of Ottoman-era artifacts after discovering they were being sold online.

According to reports, the suspect identified as M.K. was selling 21 Ottoman-era coins, four swords, 36 metal objects and 117 rings online.

Upon the discovery of the sale, police launched work based on information posted on the listing and detained the suspect.

Artifacts confiscated in the operation were handed to Amasya Museum officials, reports said.