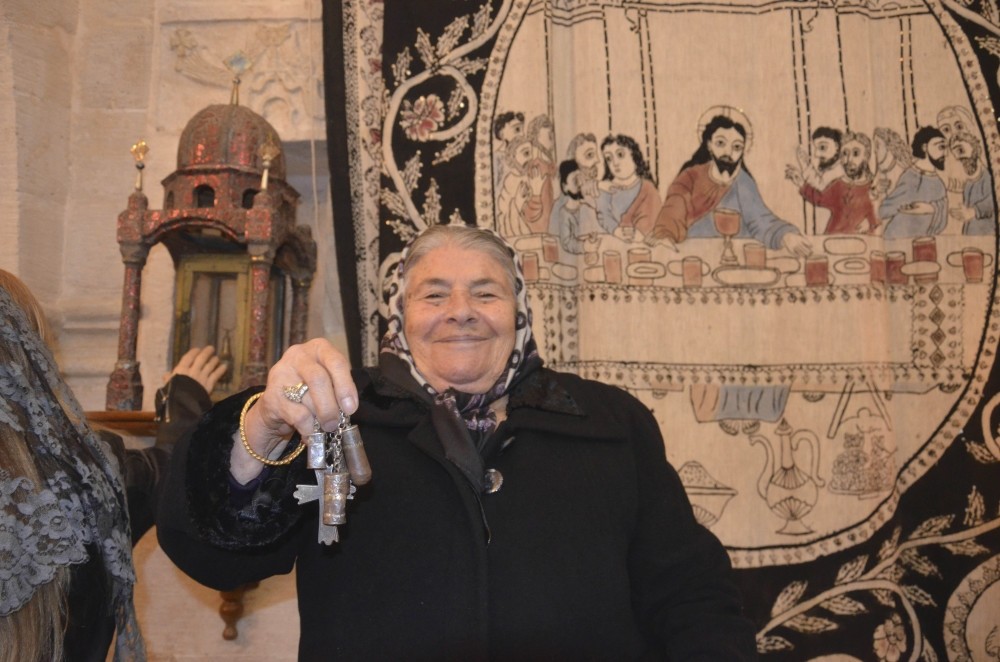 The Assyrian community, a Christian group concentrated in southeastern Turkey, has seen its numbers rise again in recent years with those who emigrated to other cities and countries returning.

In Mardin, the centuries-old hometown of the ancient community, those who left years ago amid lack of security and economic prospects have started returning home in the past fifteen years. "More people will come if they have faith [that they can live] in Mardin again and we expect the state to restore the trust," said Gabriel Akyüz of Kırklar Church of Mardin.

Most members of the community in Mardin and neighboring cities left the region or Turkey for other cities and countries after the 1980 coup and a campaign of violence by the terrorist group PKK that terrorized the region starting in the 1980s which further accelerated the exodus. The past decade saw a surge in PKK attacks that were followed by a massive crackdown on the terrorist group that restored safety to most of the region.

Churches are a favorite gathering point for returnees and those who stayed back. Downtown Mardin hosts 11 churches including those dating back to the fourth century. Akyüz says although their number dwindled he was hopeful that more will come. "We have 400-500 people in central Mardin and 5,000 others in other cities in the region. There are about 25 villages consisted entirely of Assyrian community members," he says. The population swells up to 10,000 in the summer months due to families arriving for vacation.

"Assyrian migration has not been the result of a single instance. It has continued since the late 19th century. There were waves of migration since 1920 and the last one was in the 1980s," Akyüz told Demirören News Agency.

Mardin has been home to a diverse mix of faiths living side by side instead of being separated with ghettos but biased state policies in the past against the minorities that fueled prejudice against those communities have also been a factor in the departure of Assyrians. Akyüz says they have seen increasing returns in the past 15 years. Turkey has come a long way from treating non-Muslim communities as second-class citizens especially in terms of returning their properties seized by force under legal loopholes in the past. Akyüz says that the returns "depend on the approach of the state."

"We have some 70 families who returned to [downtown] Mardin and those who do not prefer returning at least come to repair the houses they left behind. Some started building new houses with plans to return in the future. This is the land of our ancestors and our history dates back to 6,000 years," Akyüz says, adding that they have always been in good terms with their non-Assyrian neighbors and other groups in the city.

An Assyrian woman, who preferred to remain anonymous, wishes to return but says she can't because she built a new life in Istanbul where she lives. "We visit our village twice every year for cultivating and harvesting crops but we can't return permanently because our children attend school in Istanbul. There is no school or church in our village," she told Demirören News Agency.

Feride Akyüz, an Assyrian native of Mardin, says she is hopeful for those returning. "If people like it here again, they can return. I think Mardin is far better than it was in 1990s," she says.

There are 25,000 Assyrian Christians in Turkey, approximately 18,000 of whom live in Istanbul, according to unofficial figures.