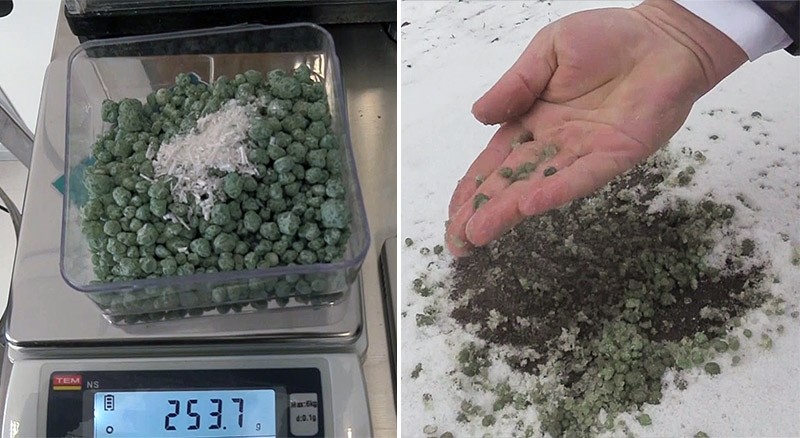 After a six-year research and development process, a Turkish chemist invented a special chemical compound that is 10 times more effective than road salt, which is used by municipalities for deicing purposes on roads and highways.

According to chemist Yücel Kaynak, the "granules" he developed can melt ice in -45 degrees Celcius.

Naming his new discovery "Buz Yak" (Burn Ice), Kaynak said the granules are composed of calcium, magnesium and acetate and are environmentally friendly.

The compound would reduce damage to the roads and the cars traveling on them as it does not damage asphalt, concrete and metals, Kaynak claimed.

He also claimed the granules were 10 times more effective than regular road salt and would prevent icing up to 72 hours after initial treatment.

"Only 20 percent of the granules are used to melt the current ice, the remaining 80 percent prevents any new ice from forming for up 72 hours," Kaynak said.

Kaynak said his invention was a finished product and he only needed the necessary investment to mass produce and sell it to overseas, as there was interest from buyers in Canada and Russia.