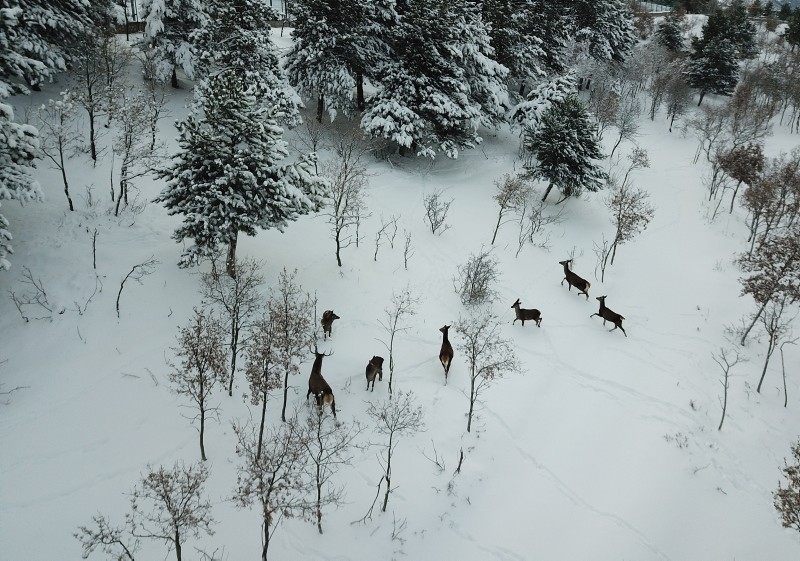 Turkey's first fauna display area in central Çorum province, which is home to almost 50 different wild animal species, has been attracting more and more visitors with its snow-covered scenery this time of the year.

The area was established within the Sıklık Nature Park in Çorum with the efforts of the Agricultural and Forest Ministry in 2012. Home to plenty of animal species, such as the red deer, roe deer, chevrotains, gazelles and hares, the center offers visitors the opportunity to see wild animals in their natural habitats as well as to examine plant species in the botanical garden.

The center, which provides rehabilitation to wild animals after treatment, aims to help people learn to love and care for animals.

The mayor of Çorum, Zeki Gül told Anadolu Agency that they not only take care of the wild animals living in the center but they also try to meet the needs of stray animals. He said that they leave food for the animals in certain locations in the streets, especially for birds.

"We have respect for all animals and we do our best to protect them," Gül said.

Officials previously said that the numbers of wild animals has been increasing remarkably in Çorum in recent years with the help of animal protection and control works as well as people's increased awareness of and caution for the environment.