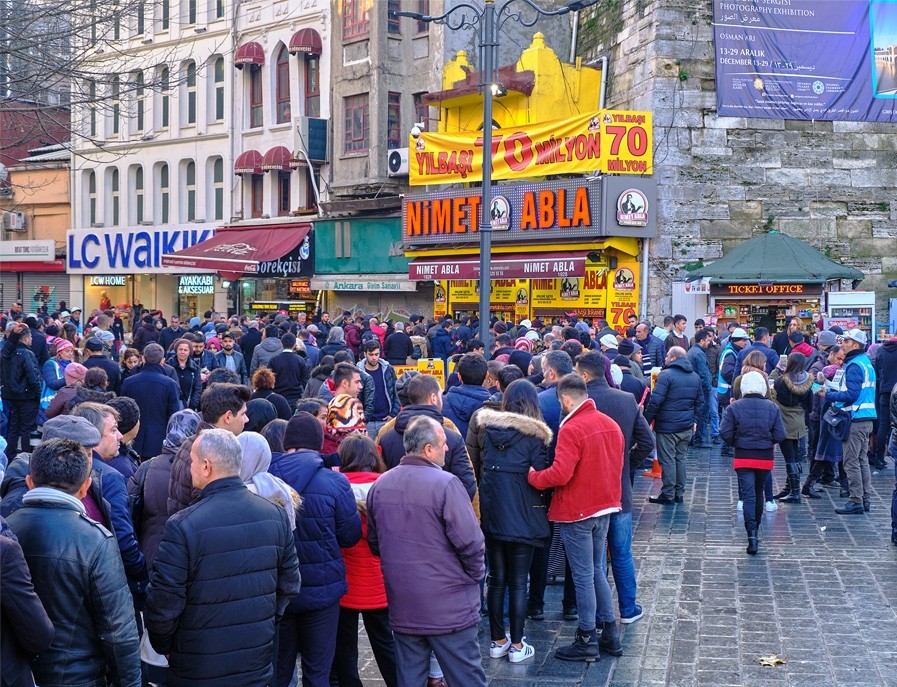 Officials said the lucky winner, who bought the ticket from an Istanbul-based seller and won the entire record jackpot, still hasn't made any attempts to claim the prize.

The mysterious winner is losing out on potential earnings by remaining hidden, as he or she could have earned TL 500,000 in the 14 days since the draw just from interest on the grand prize.

This year's jackpot set a record for the largest bonus won by a single ticket holder. On July 6, 2017, one lucky person gained the grand prize of TL 37.8 million (then $10.4 million).

In last year's New Year's draw, the single largest jackpot up to that point, TL 61 million, was divided among four people.