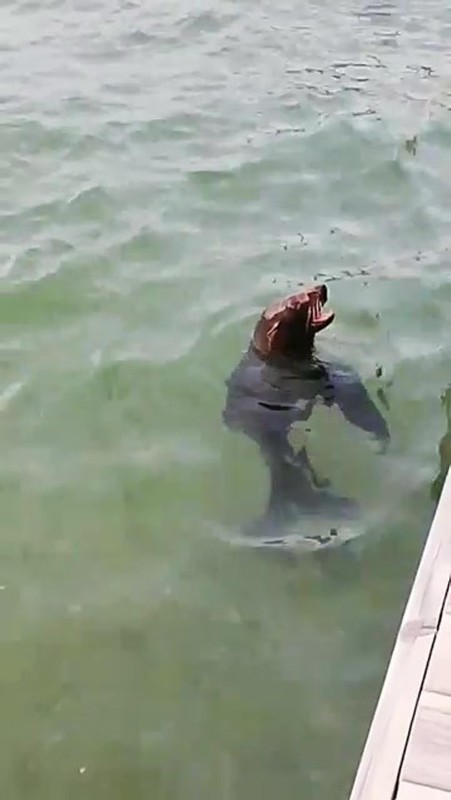 A fur seal that escaped from a dolphin park in Turkey's southwestern resort town of Bodrum was photographed Tuesday on a beach by a passing resident.

Macit Gündoğdu, who noticed the fur seal named "Çiko" in the sea while taking a walk in the Göltürkbükü neighborhood started to take photographs of the animal with his phone.

The animal stayed a long time on the beach, attracting residents with its friendly behavior.

It was reported that Çiko escaped the Bodrum Dolphin Park 10 days ago. Çiko had been living at the center for about a year. The Bodrum Dolphin Park was built in 2005 along the Güvercinlik bay in Bodrum and there are currently some four dolphin shelter pools and a cruise stand for 300 people.