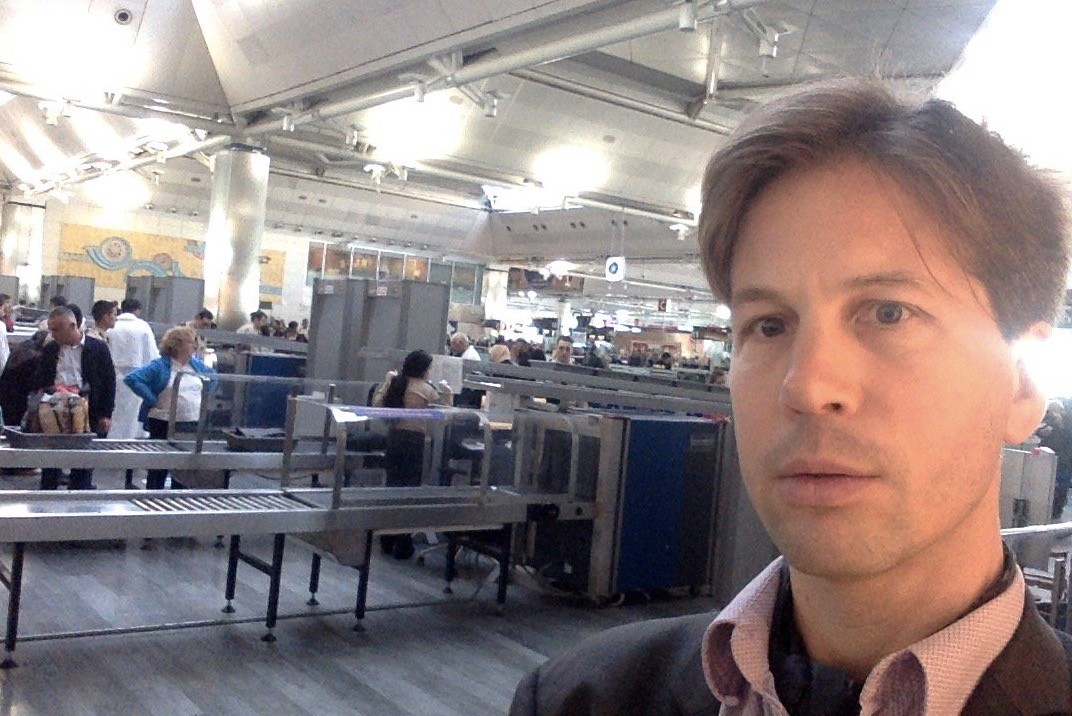 Professor Nanay shared this photo on arrival in Istanbul Airport (Photo taken from his personal Twitter account)
by Daily Sabah Jan 17, 2019 12:00 am

A Belgian academic, whose name roughly means "I think there is no" in Turkish, has not only poked fun at himself but also has sparked jokes from others on Twitter.

Professor Bence Nanay, a professor of philosophy at Cambridge and Antwerp universities, has a name that sounds surprisingly hilarious in Turkish. Although his last name cannot be translated word-for-word to Turkish, his first name "Bence" literally means "I think." His last name is another story.

"Nanay" has several colloquial meanings in Turkish, An example of one use is when a car gets wrecked, Turks say "The car is nanay," meaning the car is impossible to repair.

Another use of the word finds itself in casual conversations. When a person wants to mock someone for his laziness or incompetence, they say "He is nanay," meaning his lifestyle or traits are a total mess.

The story does not end here. As if the straightforward meaning of his name is not enough, when read backward, spelling "Ecneb Yanan," his name literally means "misfit on fire." The professor said he would prefer even this over "bullsh*t," which nanay can also mean.

"One thing I learned is that my name is also meaningful in Turkish if read backwards: ecneb yanan apparently means 'misfit on fire.' I think I take that over 'I think it's bs,'" he wrote on Twitter.

Another interesting coincidence is an ad his sister came across while in Istanbul. The poster says "Bi dene bence," which translates to "I think you should try it once." The ad is about an ice cream containing "100 percent Belgian chocolate." 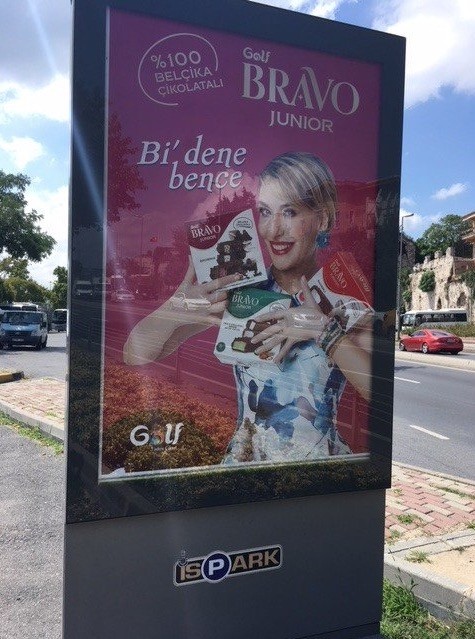 "There is 'Bence' and 'Belgian' there - can't be a coincidence," Nanay wrote on Twitter.

The Professor became a social media phenomenon, making it to the trend topics list on Turkish Twitter.

Many popular websites and newspapers reported the story with witty headlines including play of words such as "Professor Nanay."