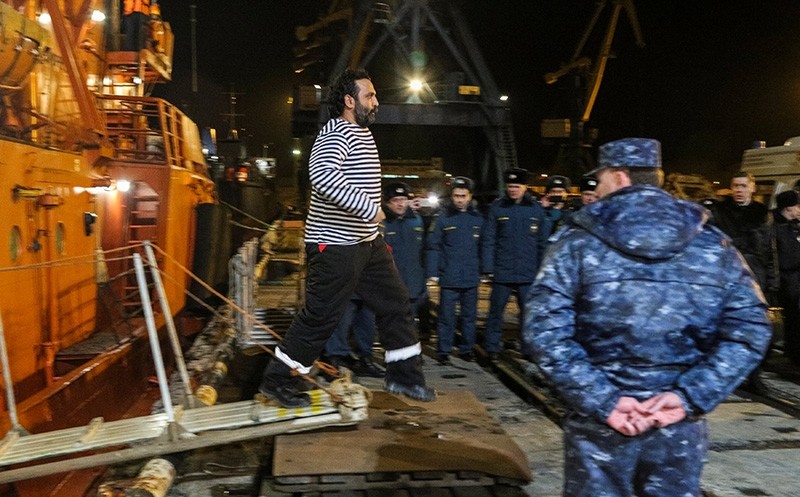 The foreign ministry announced late Tuesday that four Turkish citizens lost their lives in the blaze that broke out during a fuel transfer between two ships on the Kerch Strait off Crimea's southern coast.

Eight Turkish nationals were rescued, and the search for four others still missing continues.

The two ships were crewed by 16 Turkish and 15 Indian nationals.

"May God have mercy on our citizens who died in this accident. We wish patience and condolences to grieving families and relatives," the foreign ministry said in a statement Tuesday night.

The statement added that work continues to bring the bodies of deceased crew members to Turkey as soon as possible so that funerals may be held for them.


Officials from Turkey's Novorossisk consulate reportedly met the rescued sailors at the port in Kerch.

Hope wanes for a successful rescue of 10 crew members still missing after the accident.

Alexei Kravchenko, the spokesman for Russia's Federal Agency for Maritime and River Transport, said Tuesday "there is no hope" of finding the 10 missing crew members alive.

The fire broke out when one vessel was transferring fuel to the other on Monday, driving both crews to jump overboard. Russian emergency response crews rescued 12 people and recovered 10 bodies.

The ships, Candy (Venice) and Maestro, both bore Tanzanian flags and one was a gas tanker. The blaze continued on Tuesday despite efforts to douse it, with Kravchenko citing an "endless amount of fuel."

The Kerch Strait between Russian-annexed Crimea and southern Russia controls access from the Black Sea to the Azov Sea, where there are both Russian and Ukrainian ports.