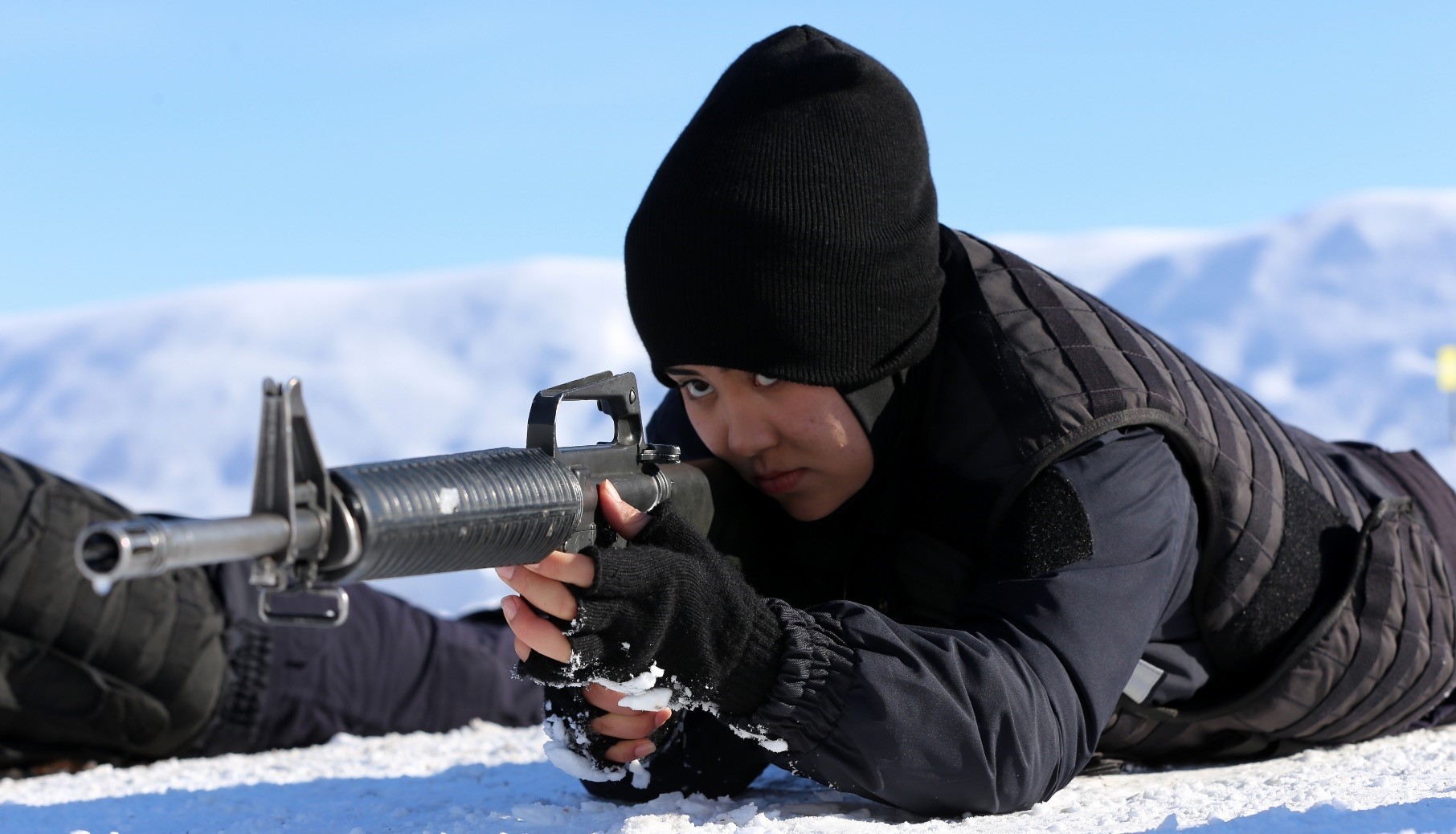 Temperatures drop below zero but few among the 168 Afghan women flinch as they brandish their pistols before a mock raid. It is just another morning of training for cadets at the Police Vocational Education Center in central Turkey's Sivas. With a determined look on their faces, the women take a dive against mock bullets in a simulated shootout and have to crawl on chilling snow to reach for their rifles left by their instructors a few hundred meters away.

Once they complete their six-month training that started last November, they will become new additions to the police force of Afghanistan, a country where the fragile security situation is one of the main problems. Some 3,353 Afghan police officers completed their training in Turkey, courtesy of a security agreement between Turkey and Afghanistan in 2011 and 1,213 among them are women.

Apart from Afghanistan, Turkey offers training for law enforcement officials from various countries, mostly developing or underdeveloped ones. Turkish Cooperation and Coordination Agency (TİKA), the leading state-run agency for development aid, organizes the training projects in cooperation with the Turkish National Police. TİKA last year trained 564 policemen and policewomen from countries ranging from Azerbaijan and Macedonia to Ecuador, Yemen and Mongolia. The project, which has reached out to some 8,000 people since it was launched in 2007, covers all aspects of police training, from VIP protection to risk analysis in drug crimes, from cybercrimes to sharpshooting and how to detect forgery.