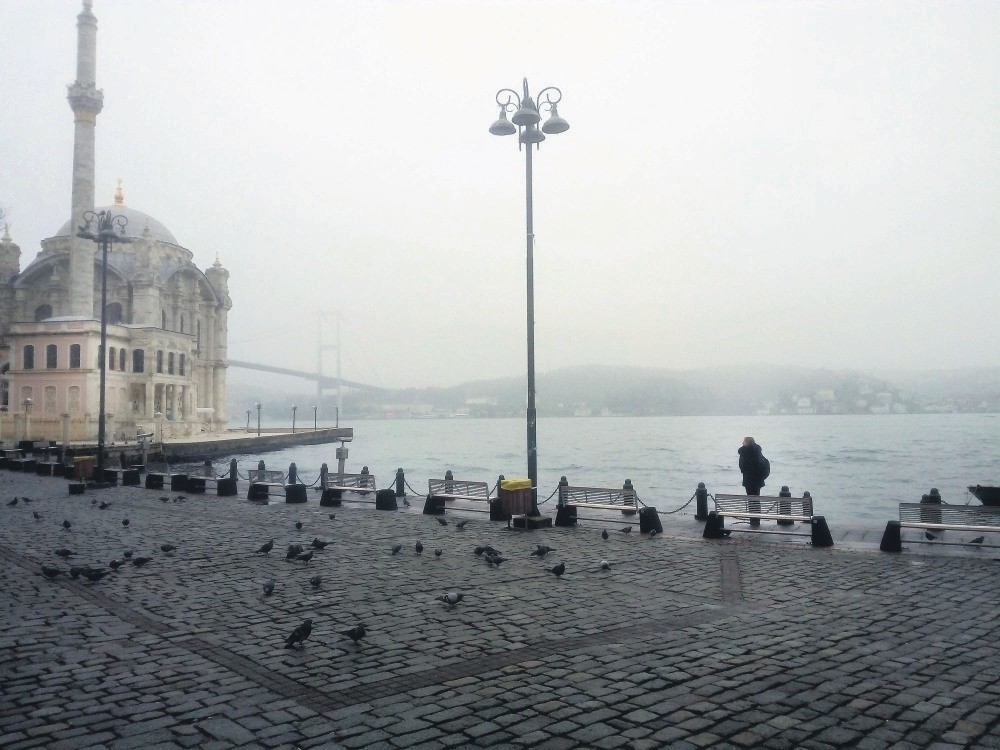 Following a drop in temperature as of yesterday, heavy fog has blanketed various cities in Turkey.

At Istanbul's Bosporus strait, one of the busiest sea routes in the region and the only route between the Black Sea and the Mediterranean, traffic progressed slowly for an hour due to poor visibility.

Due to the frost and fog caused by the cold weather, drivers in Ardahan also had a hard time. With a quick fall in temperature, icy roads and pavements, dense fog and haze in various districts of the northeastern province caused difficulty for drivers on the roads, especially on the Ardahan-Göle highway.

Provinces in the Black Sea region were no different than Istanbul and Ardahan since Zonguldak was also surrounded by heavy fog. In the province where the visibility dropped to 5 meters, the temperature saw minus 18 degrees Celsius.