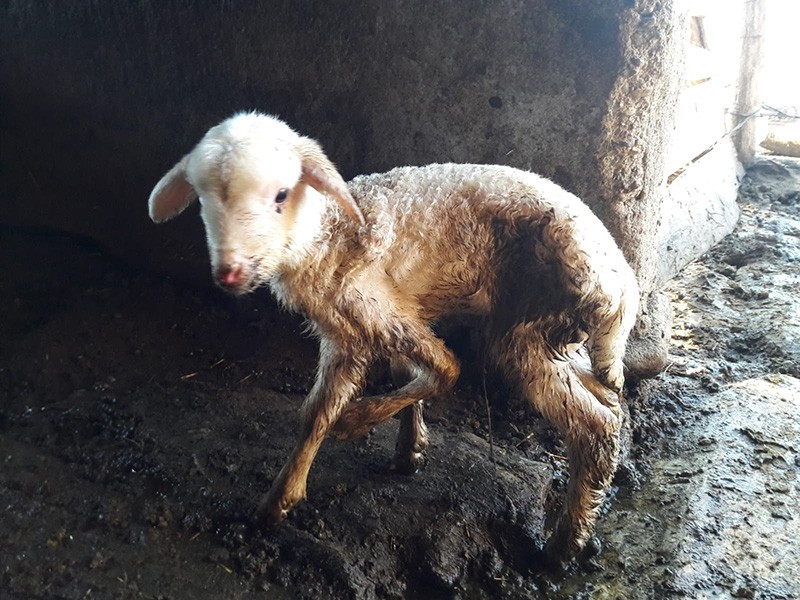 A Turkish farmer was in for a surprise on Thursday when one of his ewe's gave birth to a five-legged lamb.

Alarmed by the abnormality, Umit Uysal quickly called a veterinarian out to his farm in the Buldan district of western Denizli province. After a thorough examination, the vet pronounced the newborn in good health.

Uysal, who has been in the animal husbandry business for about 35 years, said the lamb is first time he's ever seen a case like this, according to Ihlas News Agency.

The white fleecy little lamb has become the focus of attention among neighborhood residents.

Though the condition is extremely rare, cases of lambs being born with an extra limb but carrying out a normal healthy life have been documented.