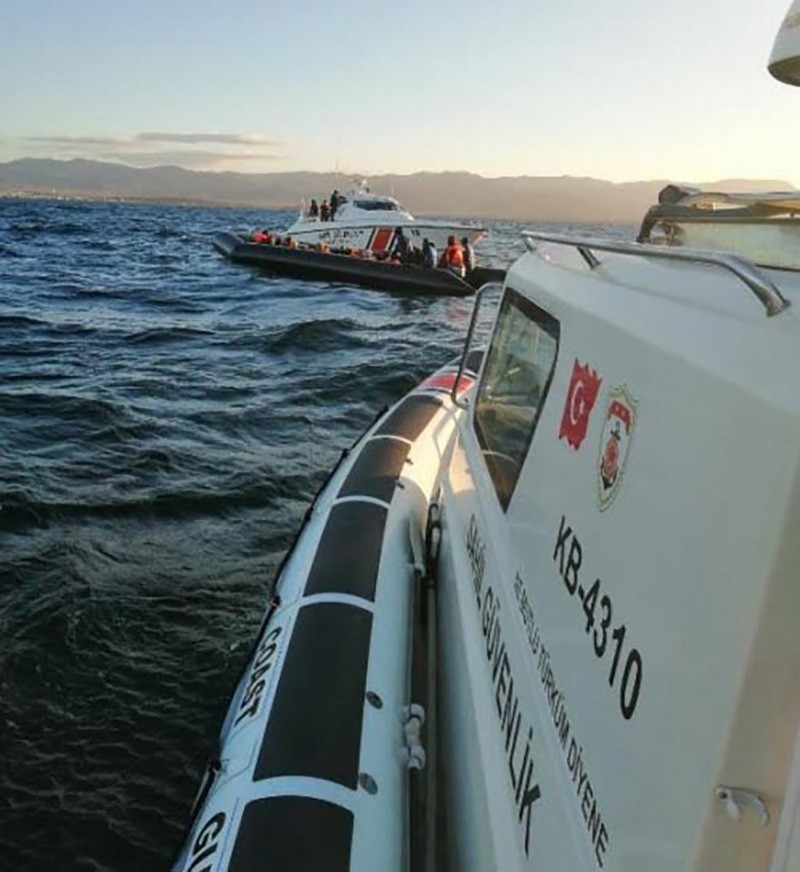 The units sprang to action after learning a rubber boat carrying the migrants was stranded in the Aegean Sea due to engine failure.

The migrants included 45 Afghans, six Iranians, and a Gabonese. They were transferred to the provincial migration office.