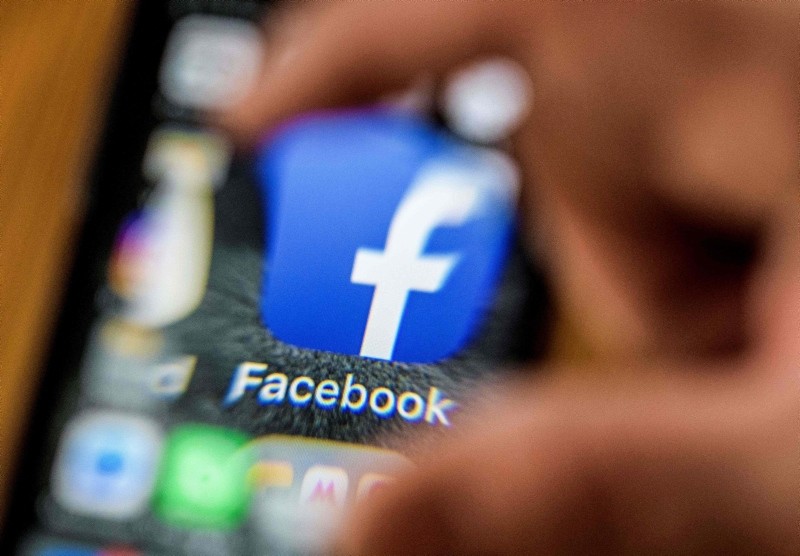 An illustration picture taken through a magnifying glass on March 28, 2018 in Moscow shows the icon for the social networking app Facebook on a smart phone screen. (AFP Photo)
by daily sabah
Feb 03, 2019 1:42 pm

Social media-loving Turks spend an average of four hours on platforms such as Facebook and Instagram, a new research said Sunday.

According to the survey conducted by research companies Cereyan Medya and GfK in 15 Turkish provinces, eight out of 10 people have an account on social media, where they spend four hours daily.

Eighty-eight percent of people use social media to share photos, 79 percent to view publications of people they are subscribed to, 69 percent to publish videos, 66 percent to receive new information, and 45 percent to watch videos, movies and TV shows.

While every fourth Turkish user follows a popular social media personality, roughly 28 percent of them purchase goods or services promoted by that personality, the survey said.