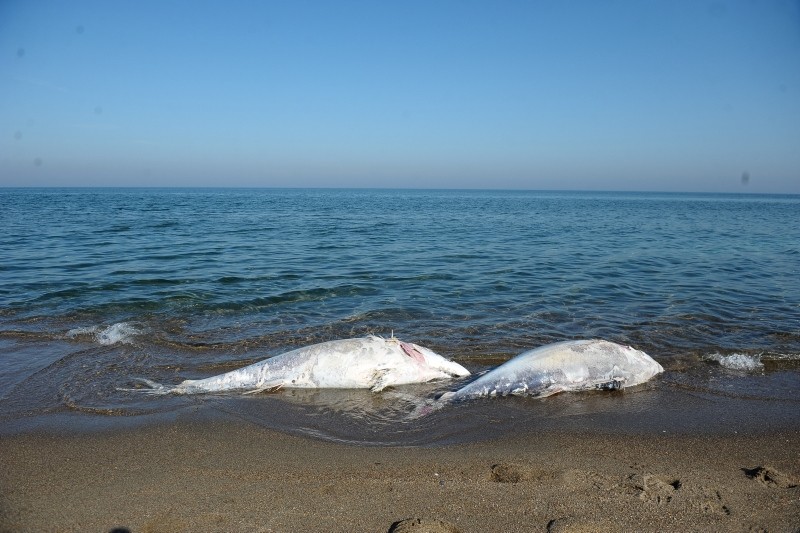 The dead bodies of six tunas, which were said to be 400-500 kilograms, were noticed by municipality staff in the Karacabey district of Bursa while they were patrolling the sea coast in the early hours of the morning.

The municipality staff said they had found one more fish carcass during their search at sea later in the day. What happened to the animals and killed them is still unknown.

Mehmet Sevinç, an official from the district directorate of agriculture and forestry, said that these animals are very valuable and they might have been caught by illegal fishermen since hunting these fish is prohibited in the Sea of Marmara.

Tunas are a kind of fish species that can reach five or six meters in length and 900 kilograms in weight, forming three genus of the mackerel family, and are rare in the Sea of Marmara.