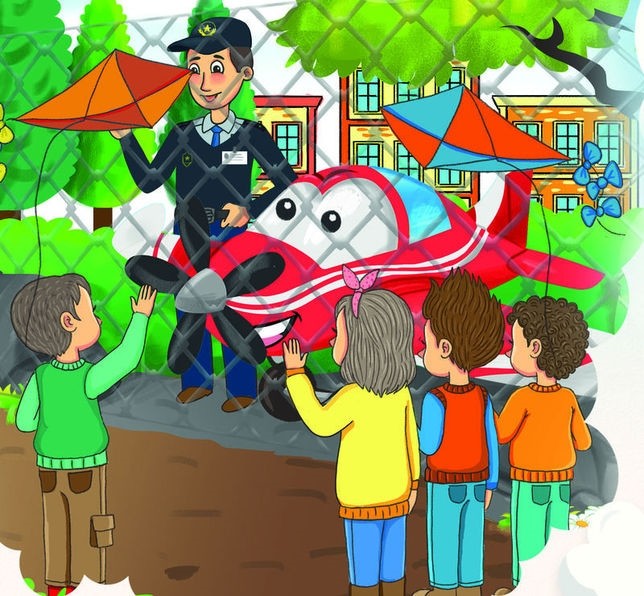 Turkey's pioneer institution in aviation engines has prepared a story book for children, revolving around the adventures of the domestically developed training aircraft Hürkuş, with an aim to get them interested in aviation.

The Hürkuş project was initiated by Turkish Aerospace Industries (TUSAŞ/TAI) under the leadership of the Undersecretariat for Defense Industries (SSB) to meet the needs of the Turkish Air Force Command and to develop a training aircraft that could enter the world market.

The book titled "Hürkuş ve Minik Dostları [Hürkuş and his little friends]" is composed of two chapters that provide information about the Turkish aviation industry's past and the present while addressing children with an adventurous tone.

The first chapter of the series begins at TAI facilities where Hürkuş was initially developed and continues with the aircraft's test flight, which was held in front of a crowded audience while it successfully completed its maiden flight. The story explains why the name Hürkuş was chosen for the aircraft as it was named after Vecihi Hürkuş, Turkey's first airplane designer and manufacturer and one of the most significant figures in Turkish aviation history, who was also among the founders of the Turkish Aeronautical Association.

The book also informs children that they can visit TAI facilities on the Turkish Aviation and Aerospace Industries Students' Day if their school administrations apply to visit.

The institution plans to produce similar books for other domestic aircrafts such as the ANKA unmanned aerial vehicle and Turkey's first indigenous multi-role helicopter Gökbey.