Presidency for Turks Abroad to focus more on US, increase number of projects in 2019, official says 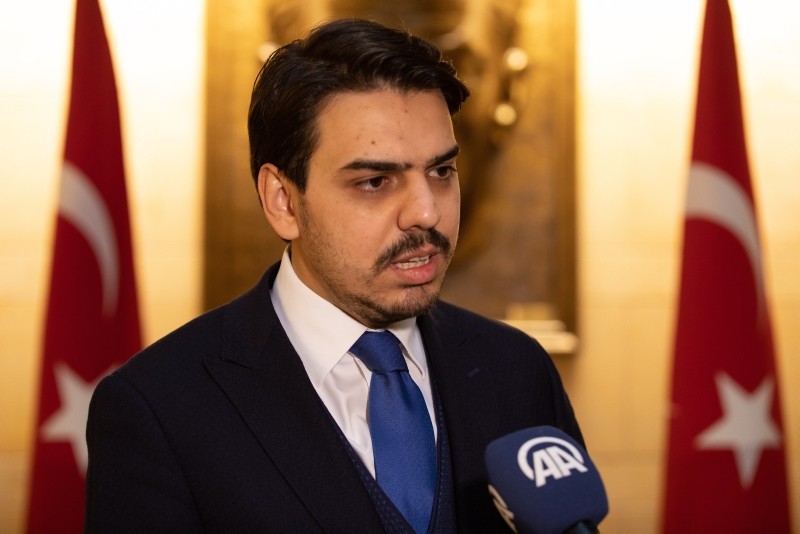 The head of Turkish expatriate agency the Presidency for Turks Abroad and Related Communities (YTB), which serves some 7 million Turks living abroad, said Friday that the agency will focus more on its activities in the U.S. in 2019.

"We are also increasing the number of our projects to be carried out in the U.S.," Abdullah Eren said.

Eren said the agency expects local Turks to make more effort to teach their children their native language, adding that the presidency will ramp up its support to local Turkish organizations, as well as to individuals.

The YTB chief also said the agency will support Turkish festivals around the country and events organized by the Turkish embassy and consulates.

Touching upon the Gülenist Terror Group's (FETÖ) activities in the U.S., where the group's leader Fetullah Gülen also lives, he said that Turks in the country know very well a joint struggle against the group is needed.

"I have seen that Turkish organizations and communities have completely severed relations with the terrorist group. I have seen their sensitivity in the fight against FETÖ," he told Anadolu Agency after attending an event at the U.N. headquarters in New York.

The YTB is making the country a global hub for higher education, Eren also said, adding that the state-funded Türkiye Scholarships Program will turn Turkey into a second home for students from all around the world.

"The program offers financial support and a university education for students in their intended fields," he said.

"Apart from a university education, it is aimed at providing students with the benefits of social, cultural and academic extracurricular programs and activities while they are in Turkey," he said.

"Türkiye Scholarships" offers a range of programs designed for each level of education, including full-time and short-term undergraduate, graduate, research and language education opportunities in the most prestigious universities in Turkey for international students and researchers.

Eren said students who have completed their higher education in Turkey become voluntary country ambassadors who build bridges of friendship between Turkey and their home countries.

"For sustaining these ties, the Turkey Alumni network has been established with a member body of more than 150,000 graduates with around 30 registered Turkey Alumni Associations in more than 20 countries," he added.

He also said Turkey hosts approximately 150,000 international students, and more than 17,000 of them are scholarship students.