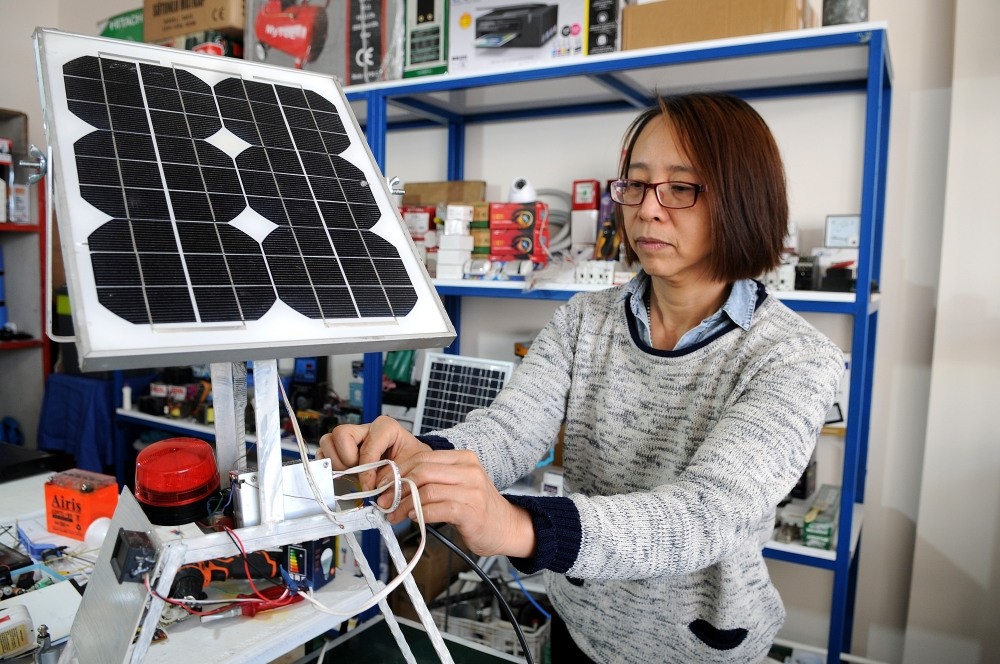 Ying Sarı married a Turkish national almost 23 years ago and eventually settled in Turkey. She looked for a job for years before finally getting self-employed, thanks to a free loan for entrepreneurs.

The Chinese expatriate and her husband, Aydın Sarı, now run a solar panel manufacturing business in their hometown in eastern Turkey's Bingöl.

The couple met each other while attending a university in Moscow, Russia and settled in Bingöl. Ying, a journalism graduate, juggling between family and a career, saw there were no job opportunities in the city, far from the country's financial hub Istanbul and capital Ankara.

Now 47 and with her children grown up, Ying says she decided to pursue a career again. So, a year ago when she found out that there was an entrepreneur training program by state-run Small and Medium Enterprises Development and Support Administration (KOSGEB), she joined. Completing the program, she was entitled to a TL 50,000 free loan to start her own business. Joining forces with her husband, Ying launched her solar panel business.

Every morning, the couple opens their small shop in central Bingöl and together they piece together solar panels and devices that convert solar energy to electricity.

"I have always wanted to work here but I had no time because of the children. They are grownups now and no longer need me. I tried to start over again a new career and opened this business," she tells Anadolu Agency (AA). "This may be a little, quiet city and it may not offer as much as the big cities, but I love Bingöl. People are very friendly here," she added. Aydın says he supports his wife in the business. "Only the two of us work here but we want to expand the business. We can employ as many as 30 people in the future," he says.