Israel under fire for curbing freedom of travel for Turkish nationals 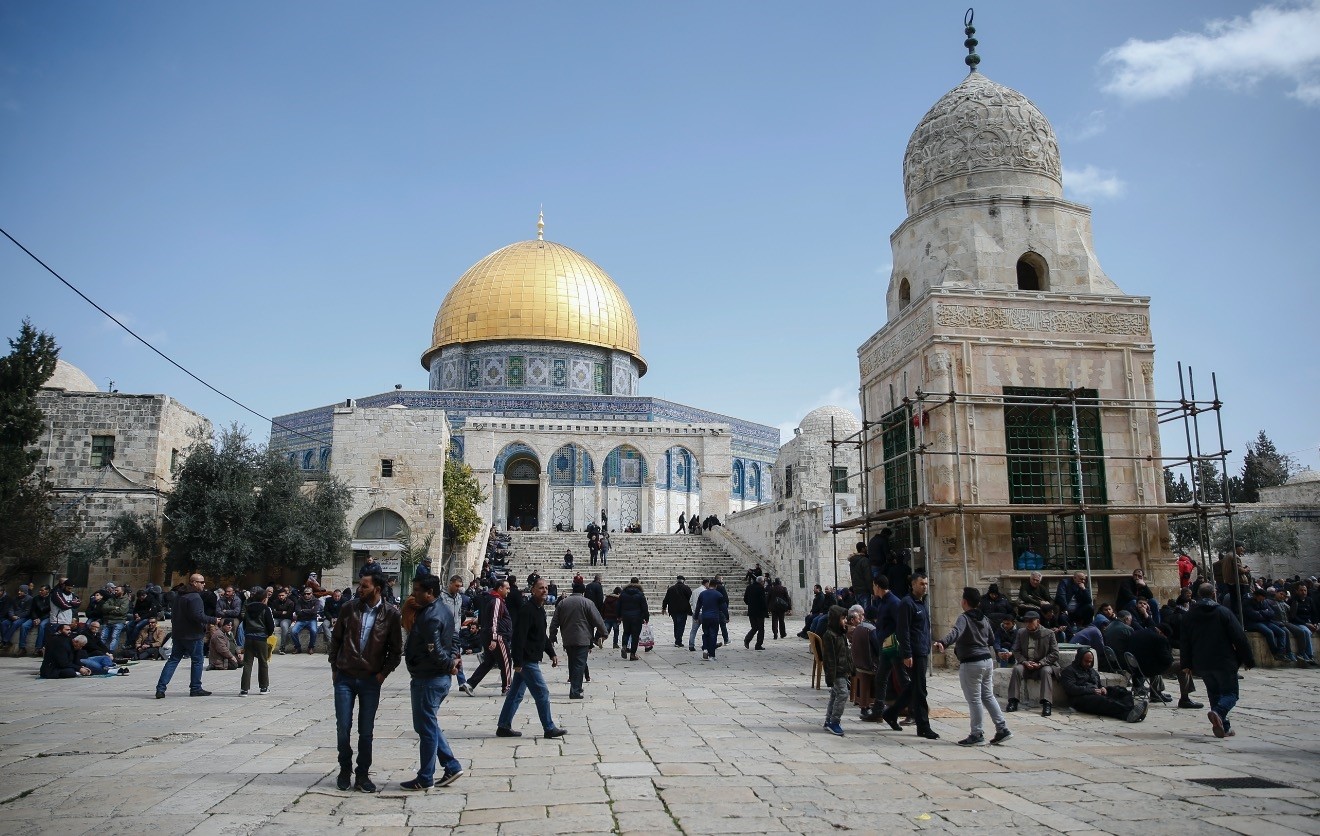 Coupled with deteriorating relations with Turkey, Israel has incurred outrage from Turkish activists and travel agents claiming that Tel Aviv restricts freedom of travel by arbitrarily restricting visas for Turks trying to travel to Jerusalem

Despite denials by Israel that it limited the entry of Turkish tourists visiting Jerusalem to once a year, Tel Aviv faces outrage from activists, tourists and travel agents for its arbitrary policies "amounting to restriction of freedom of travel."

Jerusalem, where sacred Muslim sites like Al-Aqsa and the Haram al-Sharif are located, has long been popular among Turkish visitors and a call by Ankara encouraging more Turks to visit Jerusalem after the controversial U.S. decision to relocate its embassy to the city, led to a surge in the number of Turks going there. Yet, this display of solidarity with Palestinians, who claim east Jerusalem is occupied by Israel angered Tel Aviv, Turkish activists say, leading to travel restrictions. Turkey's firm stance in support of the Palestinian cause led to a rapid deterioration in relations between the two countries which had briefly improved in recent years.

Meryem Kaya, a representative of Jerusalem Awareness Association, a Turkish non-profit, says Israel should "apply a standard" at the airports "in order to not restrict freedom of travel for Turkish citizens." Speaking to Anadolu Agency on the visa issue, Kaya said tourists wanted to visit at least twice a year as usual four-day tours were not enough to visit all the historical and cultural sites in the city. Kaya claimed that only 43,343 people from Turkey were allowed into Israel last year and Israel had claimed only 253 were denied entry to Israel.

"Still, people believe Israel will not issue them visas or would hold them at the airport even if it issues them visas. So, they don't apply, fearing the arbitrary applications by Israel," she said. Kaya was referring to lengthy airport detentions for Turkish nationals which have been common especially for those trying to visit Jerusalem in the past two years. She says an Israeli statement that there were not any changes to conditions of Turks being admitted into the country was in reality "not the case." "Visitors, particularly travel agencies, face serious problems. [Israeli authorities] pick random people in any group of travel agency customers at the airport and keep them waiting for hours. Basically, they restrict freedom of travel under different guises. No tourist visiting other countries is subject to such restrictions," she said.

Musa Biçkioğlu, a Turkish researcher on Jerusalem, said Israel was apparently disturbed by the visits of Turks to Jerusalem. "Israel's secret policy on the city is to keep it distant for Muslims, so it is natural for them to bar any visits hindering this policy. They can't openly declare a ban on Turkish visitors but they resort to what they call 'measures,'" Biçkioğlu said. One of those "measures" is restrictions on travel agencies, Biçkioğlu says, claiming that Israel had asked $15,000 from agencies as "collateral" payment to further damage their business. Biçkioğlu said Israel also arbitrarily and unfairly deported or refused to issue visas for the staff of travel agencies bringing Turkish tourists to Jerusalem.

Abdullah Akçay, the secretary-general of Our Heritage, a nongovernmental Turkish association dedicated to preserving Ottoman heritage in Jerusalem, denies Israel's claim that once-a-year visas were not applied to Turks. He says that an Israeli company coordinating Turkish travel agencies' applications for tours sent a document showing the practice to Turkish travel agencies. "Israel also asks $15,000 from each agency for every batch of tourists they brought in and even the slightest problem with visitors may end up in confiscation of this collateral payment. Even if everything goes smoothly, agencies can only retrieve their money three months later," Akçay added. He claimed that some tour guides were also deported and banned from entering Israel again for up to 10 years.

"Sometimes, they issue visas but still deny entry to travelers once they arrive at the airport. They pick one or two among groups of travel agency customers and hold them for hours in a separate place at the airport. The same is applied to those returning from Jerusalem to Turkey," Akçay says. "People are more eager to travel to Jerusalem but Israel is irked by Turkish flags those people bring with them. Still, we will continue traveling to Jerusalem despite all the restrictions," Akçay said.

Israel's informal policy of deportation, visa rejection, arbitrary detention and keeping Turkish nationals waiting for no reason at airports have failed to discourage hundreds of visitors. The arrest of 27-year-old Ebru Özkan, one of 38 Turkish tourists visiting Jerusalem in June had sparked outrage and brought Israel's intimidation of Muslims back into the spotlight. Özkan was arrested on charges of helping "terrorists," a blanket term used by Israel to describe groups opposing Israel's blockade of Palestinian territories, by bringing five bottles of perfume from Turkey to Israel and handing them to an unidentified Palestinian. She was also charged for giving a cellphone charger to another person. She was released days later after multiple trials before an Israeli court.

Though Israel detains people from other nationalities as well, Turkish citizens make up most of the headlines as Ankara is the most outspoken critic of Tel Aviv for its policies against Palestinians.