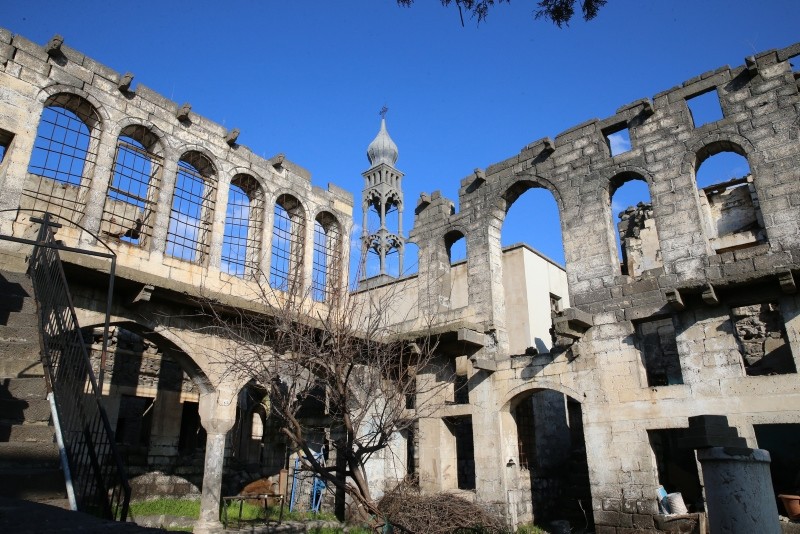 The Ministry of Environment and Urban Planning will renovate two community foundation-owned churches, including the largest Armenian church in the Middle East, that were significantly damaged four years ago in attacks by PKK terrorists in Turkey's southeastern Diyarbakır province.

Surp Giragos and Mar Petyun Chaldean Churches had been awaiting restoration by the community foundations, which were unable to carry out the task due to insufficient funds.

Four years ago PKK terrorists inflicted serious damage to historic structures, including Ottoman-era mosques and Armenian churches in the area.

The government will take care of the task as part of the efforts to renovate places of worship in Diyarbakır's historic Sur district, reports said.

Many structures, including the Fatih Paşa and Şeyh Mutahhar Mosques, and the Armenian Protestant Church have been restored.

The Ministry of Environment and Urban Planning has recently signed a protocol with the Directorate of Foundations to undertake the renovation works following a tender. 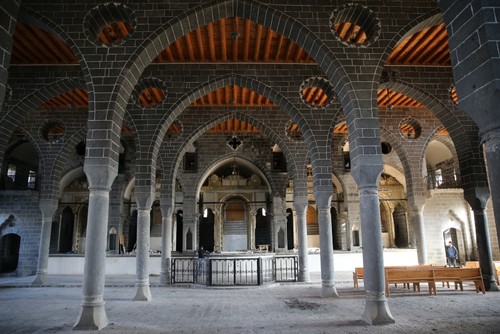 He condemned the PKK terrorist group for indiscriminately attacking public structures, including houses of worship.

"We see people from different religions as our own and work to protect them," Çiftçi said, adding that the government will cover all the expenses for the renovation.

The Director of Foundations Metin Evsen noted that the renovation will cost around TL10 million ($1.8 million) and the ministry will pay for it.

Built in 1376, the Surp Gragos Church is considered to be the largest Armenian Church in the Middle East. It had been used as the military quarters of the German Army during World War I and was reopened to worship in 1960. By 1980, the church was abandoned by Armenians who migrated to other areas and was in ruins by 1990.

Mar Petyun Chaldean Church was built in the 17th century and was used by the local Chaldean community.

In March 2016, anti-terror operations in Sur district came to an end as the region was cleared of PKK terrorists. However, although the city had its peace back, the damage from the conflict was significant with major demographic changes as buildings were destroyed and people forced to leave.

Today, the city is set to rise from its ashes as reconstruction work continues with several plans for the terror-stricken people to get their homes back. Authorities managed to quell the group's presence, but not before militants inflicted serious damage to historic structures in the area, from Ottoman-era mosques to Armenian churches. Thousands of houses damaged in the violence are being renovated while more than 26,000 houses were rebuilt from scratch.