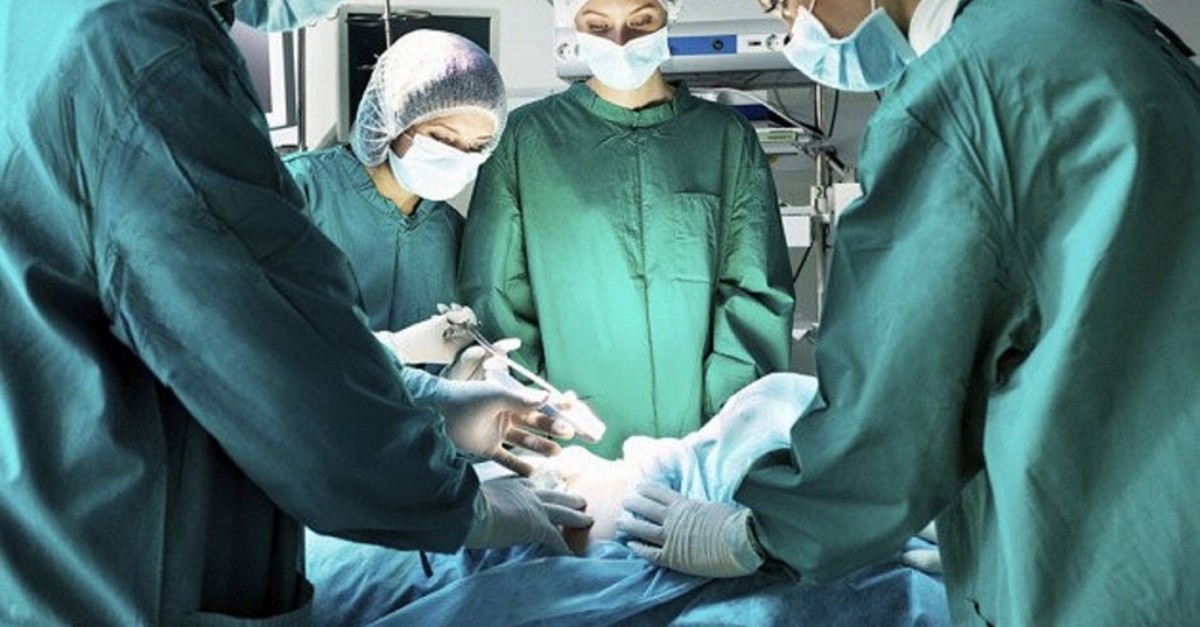 A 63-year-old Turkish man has made medical history after becoming the only known survivor of a complex surgery on his melon-sized abdominal aortic aneurysm (AAA) in the first successful surgery on an aneurysm of that size. The case was published in the prestigious bimonthly Texas Heart Institute Journal this month.

Just hours after blowing out his candles on his 63rd birthday cake in December 2016, long-time orchestral tuba player Ihsan Özkaya started to feel excruciating pain in his abdomen.

12 painful hours later, Özkaya arrived at the emergency room of Şişli Hamidiye Etfal Training and Research Hospital in Istanbul, and to his surprise doctors discovered a monstrous 13-centimeter aortic aneurysm on the right side of his abdomen below his kidney, ready to explode any minute.

After discovering the mass and assessing that its risk of rupture was extremely high, cardiovascular surgeon Macit Bitargil and his surgical team Assoc. Dr. Ismail Koramaz, Dr. Nilüfer Bektaş and Dr. Sinan Ömer Oğlu immediately took Özkaya in for surgery.

However, there was another huge problem.

His aortic artery was abnormally opening up to the inferior vena cava (IVF), the largest vein in the body, which carries de-oxygenated or 'dirty' blood to the heart's right atrium and then to the lungs. This rare complication is called an aortocaval fistula (ACF).

This meant that the clean, oxygenated blood and the dirty blood got mixed, which can be fatal and needs medical intervention.

After a 10-hour operation, Özkaya was saved. The operation went down in history as the largest aortic aneurysm operation with an ACF complication treated with open surgery.

Stating that they were very happy to have saved their patient's life and to be shown as a historical example in one of the U.S.' most prestigious medical journals, Bitargil said he owed this success to his team's dedication and hospital staff who worked day and night.

An aneurysm formation in the aorta is extremely dangerous and diagnosis is crucial for survival, Bitargil said, pointing out that Özkaya's aneurysm, which was in the last stage, could have easily ruptured just by getting up from his chair faster than usual.

"More than 15,000 people die each year of ruptured abdominal aortic aneurysm, and the prevalence of AAA is 4% to 8% in men 65 to 80 years old," Bitargil said, adding that men were at risk four to six times more than women.

"Any aneursysm bigger than six centimeters in size must be operated on," and the bigger they get the higher the risk of rupture and death, the surgeon warned.

He said Özkaya's aneursysm was rare as such bulges in arteries bigger than 10 cm in size usually burst or rupture, leading to death long before they reach such proportions.

In 2013, the Centers for Disease Control ranked AAA as the 15th leading cause of death in the United States in adults 60 to 64 years of age.