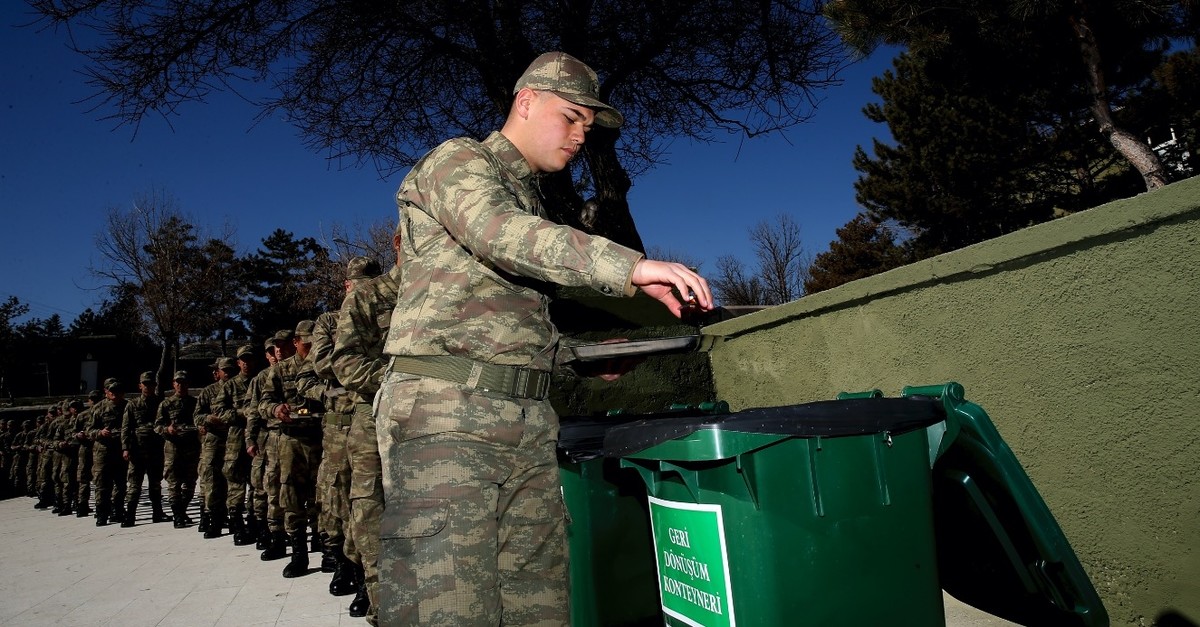 The ubiquitous Zero Waste Project launched by first lady Emine Erdoğan has made its way to barracks around the country now too. The Defense Ministry recently introduced the project to mess halls and the cooking facilities in military bases to recycle food waste.

Waste from vegetables and fruits used in the meals and desserts are now stored to be recycled as compost. Soldiers in every base are also instructed to discard food they do not eat to bins placed inside the bases. The army gave a press tour on Wednesday at the Artillery and Missile School Command in the capital Ankara where elite units are trained and was one of the first military installations to adopt the zero waste practices in 2017. It starts in the kitchen as cooks separately store leaves, peelings and so forth before cooking the dishes. In the mess hall, soldiers are instructed to dump what they have not eaten in zero waste bins. Meals not eaten are sent to animal shelters while plastic waste is delivered to the local municipality or private companies for recycling.

The compost collected from waste are then buried under soil inside the base as they turn into fertilizer within three months. Col. Kubilay Akhun says the compost is then delivered to areas where saplings are planted. Since 2017, more than 172,000 saplings are planted in a military area where compost is used.The Zero Waste Project launched in 2017 has progressed as more people join the effort to recycle and sort waste. The campaign helped Turkey to rediscover its potential to be a more eco-friendly country, despite heavy industrialization in recent years. The ensuing recycling drive saw zero waste collection areas set up in more places, from shopping malls to businesses, schools, hotels, airports, et cetera. The drive saved more than 30 million trees between 2017 and 2018, with the recycling of more than 1.7 million tons of paper waste and cartons.